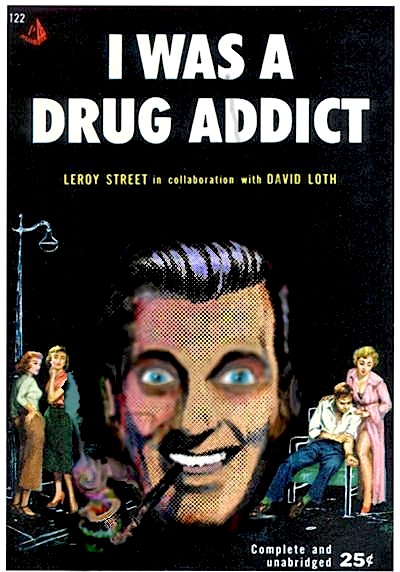 BY JEFF DEENEY TODAY I SAW another of the 9th Street methadone clinic’s finest, perusing the perfume selection at the Rite Aid on 12th and Girard. She was a tall, stick-skinny white girl, her cheeks sunken and pale skin pulled taut across her cheekbones. Her eyes weren’t even open when she reached to grab a bottle off a shelf in the front of the store facing the register. Instead of closing her hand around the bottle and picking it up, she pushed it until it fell on the floor. I expected it to shatter, but apparently cheap perfume bottles aren?t even made of glass.

She picked the bottle up and put it back on the shelf while the young black guy in a security guard?s outfit standing by the door looked on, clearly confused. Then she reached for another bottle and knocked that one onto the floor, too. The guard gave me a beseeching look that asked, “Why does this shit always happen on my shift?”

The tall, older black man standing in front of me in line, he in a crisp red polo shirt and dangling gold bracelet, noted this while peeling dollars off a billfold:

“She about to fall out.”

The stern-faced black woman behind the counter did not look amused.

When the dope addict chick bent over to pick up the bottle, she became distracted by something on her foot. She picked at the colored sequin-covered straps on her flip-flops and then started rolling her left pant leg up. She looked at her ankle and mumbled something I couldn’t make out. The security guard took a step forward but wasn’t sure what to do. He was hesitant to touch the woman but also wasn’t sure if this was an elaborate shoplifting scheme.

She teetered and almost fell. Her arms pinwheeled as she stood up, and the security guard positioned himself to prevent her from wiping out the cosmetics aisle if she fell over backward.

“I’m payin’ though,? she said, feeling like she was being accused by all the stares. “I wasn’t dippin’ like this when I came in,” she said, apologetically.

“She gone have to leave her bag up here if she wants to stay,” said the cashier, now shaking her head in disgust.

“I’m on medication, I come down here to get my medication,” she offered by way of explanation as she now rifled through the duffel bag on her shoulder. She put the bag on the floor. I noticed that the back pockets of her jeans were also covered in sequins, as was her black spaghetti strap top.

The stern-faced woman rang me up and then came out from behind the counter. The security guard was emboldened by her intervention and stepped forward, bending down to see what was in the bag. A Latin girl came from the back of the store, moving swiftly with a label machine still in her hand; she bluntly grabbed the woman’s bag and started emptying it on the floor, looking for stolen goods.

A couple minutes later the security guard gently led the woman from the store by the elbow. The first fall chill had blown in and it was too cold for spaghetti straps. She said something about having no jacket and how she was freezing out here. She talked to me with a heavily slurred voice and I noticed she had scabs on her face like she had been obsessively picking at her skin, which addicts are known to do. She had fake breasts; maybe she used to be a dancer. Maybe she still is. It looked like she was very pretty before she got so strung out.

“I was just tryin’ some perfume on and they kicked me out, couldn’t stand the smell I guess.”

She laughed to herself and then thanked me for some reason before staggering off in a wide zig-zag along Girard towards Broad.