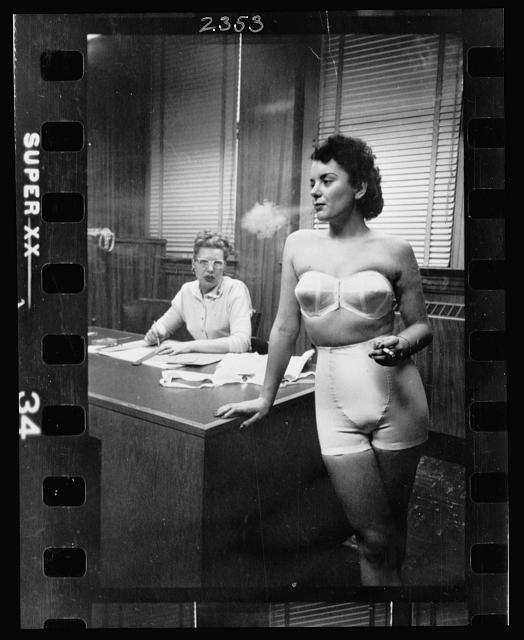 Before gaining his reknown as one of the greatest directors in the history of cinema,  Stanley Kubrick worked as a photographer for Look magazine. In 1949, a 21-year-old Kurbrick was sent to Chicago for an assignment: “Chicago, City of Contrasts.” MORE

RELATED: At the age of 13, his father bought him a stills camera and he soon became fascinated by photography. He soon became an excellent amateur photographer, selling his pictures to magazines whilst still at high school. Later when he was looking for a job, Helen O’Brien, a picture editor at “Look” magazine, whom Kubrick had befriended, asked him if he would like to be a junior photographer for $50 a week. After 6 months Kubrick made it to staff photographer. He travelled around the country and abroad (including Europe) and learned “a lot about people and things.” MORE

RELATED: One of the pleasures of watching a Stanley Kubrick film are the images he crafted that resonate long after minor plot points are forgotten. Who can forget the twin girls in blue dresses in “The Shining”? Or the torture scene in “A Clockwork Orange”? Or the monkeys touching the black monolith in “2001: A Space Odyssey”? Taking scenes from Kubrick’s expansive and often disturbing oeuvre of films, Gustaf Mantel has created a series of animated GIFS (essentially an image with a part that moves) that do more to capture a mood than any photo ever could. MORE

RELATED: If We Don’t, Remember Me