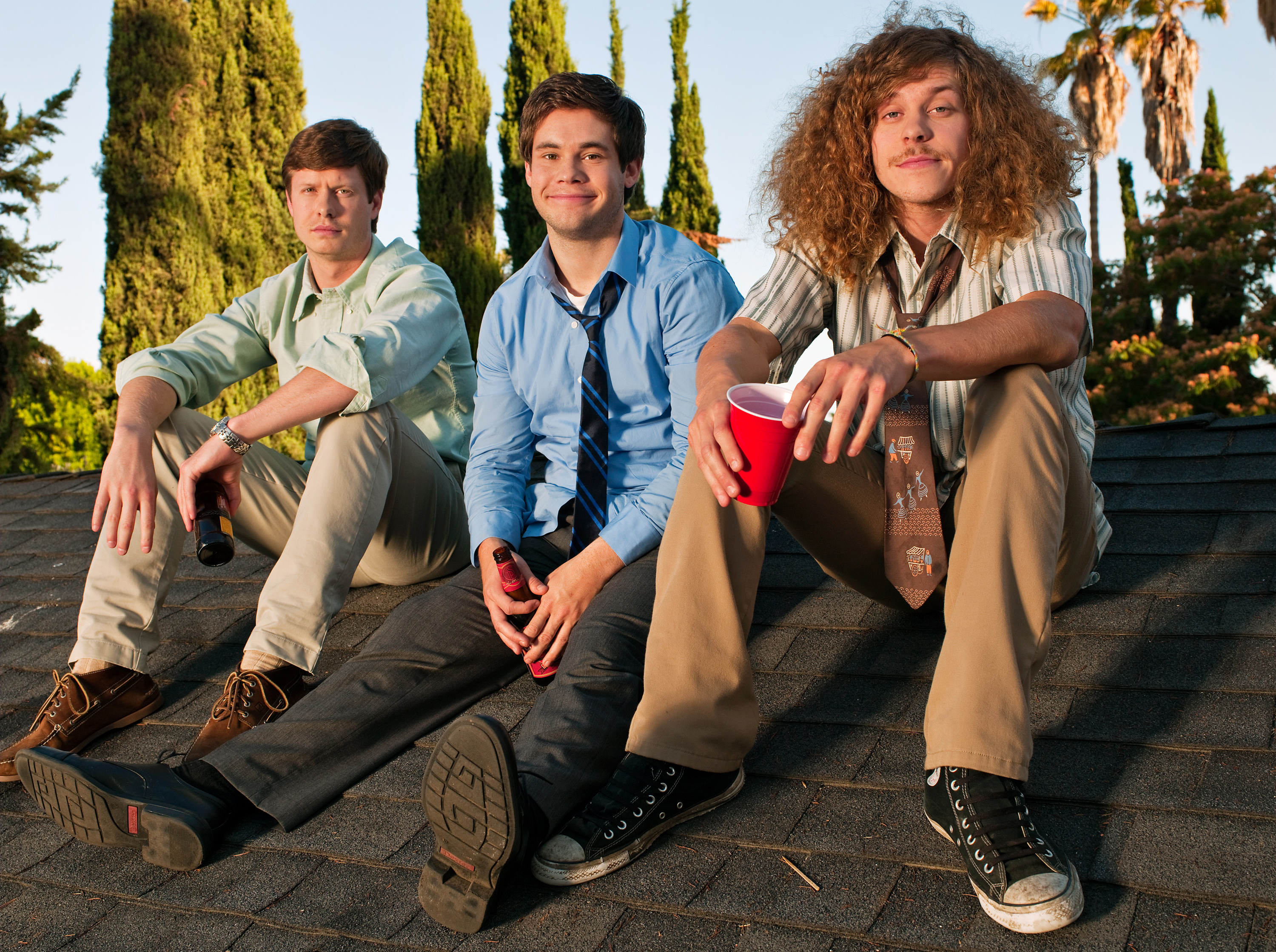 In case you bitches don’t know, Workaholics is FUCKING funny — our highest rating, by the way — and the second season premiers tonight at 10:30 on Comedy Central. WARNING: DO NOT WATCH IF YOU DON’T LIKE TO LAUGH SO HARD YOU FART A LITTLE. Hey, some people don’t. And they are to be avoided at all costs. For every college boy stoner who did one keg stand too many and woke up four years later a cubicle slave in the drop ceiling-ed prisons of the American Dream, who will raise a beer bong tonight in misplaced defiance and misguided solidarity — we salute you! Because tonight we laugh, for tomorrow we die a little, again.