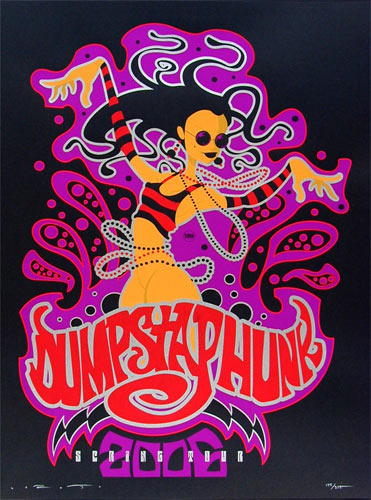 Last night Dumpstaphunk from New Orleans played at the World Cafe. Rebirth Brass Band opened the show and were finished playing at 8:30.  There was an hour and fifteen minute wait before Dumpstaphunk came on. The reason? Drummer Raymond Weber apparently ate a crab cake at the World Cafe for dinner and became violently ill.  He played a few songs and left the stage in the middle of one number which became a labored jam. A replacement drummer was brought out for a few uninspired songs. Weber returned for the remainder of the show. — MATTHEW LOWE

RELATED: Dumpstaphunk has really grown as a band and Neville as a bandleader, which explicitly shows in the composition of their musicianship and relationship with the audience. Ivan’s capability to smoothly combine his Clavinet lead and vocals with skillfully handled Hammond B3 without a hitch caused an enraptured buzz. With the crowd hanging on Hall’s advice of taking “all that bad nerves” and Neville’s lead of “put it in the dumpsta,” Dumpstaphunk cranked out their classic theme song with the audience echoing closely behind. MORE