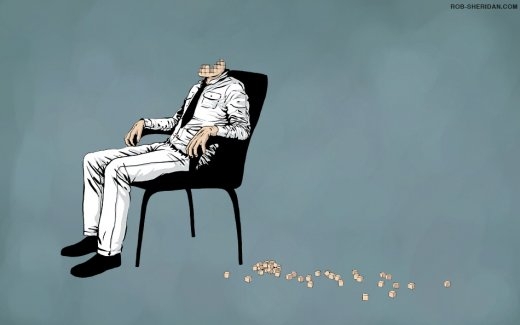 BY AARON STELLA This time around in GAYDAR we’re revealing the climactic conclusion of our last life story post, which told of my plans to emancipate myself from my Christian-crazed parents and begin life anew. Here’s a brief recap: My family and I moved to Alabama in 1999  to escape the impending apocalypse of Y2K, which, as apocalypses go, turned out to be a big disappointment. Later I was kicked out of high school for a clandestine dalliance I had with a schoolmate, then out of my house six months later. Now, living with my friend’s family, the magnitude of my family’s dysfunction has been revealed, which made me want to further extricate myself from them, if anything, for all the hurt they’d caused me. Which brings me to my present plight. However bold my actions were, my efforts to legally emancipate myself were thwarted when my erstwhile psychiatrist invited me to his office under false pretenses, where my parents and the authorities were waiting to bind and ship me to a psych ward, and detain me until my parents knew what they were going to do with me: their gay, rebellious, agnostic, sexually-active son. The horror!

When we last left off, I was cornered in the back room in the psychiatrist’s office. With their police escort at their side, my parents delivered their ultimatum: either I go to the psych ward peacefully, or be committed, leaving an indelible blemish on my permanent record, (which turned-out to be bullshit I later found out). Thankfully, my anger didn’t get the best of me, and I submitted. I assured the police that there was no need for their assistance en route. They went their way, and I with my mother. My father, who was now morbidly obese and beleaguered from the divorce proceedings with my mother, left without saying a word.

I uttered the most malicious invective to my mother as she drove me to the psych ward, tears blurred my vision, and my sobbing muffled all external

sounds. But even through the hullabaloo, I remember my mother’s demeanor: incessantly blithe, with fake smile plastered on her face, responding to my every venomous remark with a spoonful of sugar or a thoughtless bromide. Perhaps she was trying to cushion my verbal blows, or lightened the mood. I don’t know. When we arrived at the psych ward, my mother and I were told that it was at full capacity, and that I had been relocated to another ward — one with a protocol that dictates that all new patients be transported by ambulance, and then wheeled into the ward on a stretcher. For safety’s sake, of course. When the ambulance rolled up to collect me, my mother happily chirped, “Your chariot has arrived, sir.” I cannot think of another point in my life when I felt lonelier: having my own mother jest at my incarceration, with no regard for my anguish.

I sobbed uncontrollably in the ambulance ride over, and continued sobbing as I was wheeled through what seemed to be the entirety of the hospital, until reaching the 13th or 14th floor where the psych ward was contained. Through the heavy metal doors of the ward, I was wheeled past its denizens: adolescents my own age, who at first glance seemed mentally untroubled, despite having weathered long stretches of existence in this dismal, prison-like setting. In my hysteric state, I seemed the most troubled out of anyone. TheEMTs finally unbound me and I was locked in a room with a single couch on which I sat crying until one of the ward’s doctors came to talk to me. Sitting with his arm on my back, the soft-eyed doctor attempted to console me with his clinical questionnaire, which, by the way, included an inquiry as to my orientation. Pretty progressive for Alabama—or so I thought: I asked him why my orientation was important. His response was to scribble on his legal pad, saying nothing.

I slept alone the first night, so as “to be monitored,” the in-house therapist told me. The next night I would bunk with a roommate. The next morning, I’m forbidden from shaving, given laceless shoes to wear, and quickly escorted through the common area into a vacant, unadorned sitting room–this time, with two couches posited on opposite walls. It wasn’t long before a doctor came through one of the doors, followed by my parents, who sat on the opposite couch from the doctor and me. I started snarling; my nostrils flared and my lips trembled. My hair was disheveled. I hadn’t shaven . My fists were clenched. Not a coherent thought entered my mind. Only a mantra: “You can’t trust anybody. You can’t trust anybody. You can’t trust anybody. I’ll show them.” I screamed at the top of my lungs. I threatened to kill them. I said I would destroy their lives and everything they cherished, because I certainly wasn’t on that list. I wanted them to feel my Hell. Unwittingly, I had given them everything they needed to keep me stranded in the ward for as long as they pleased. With my fearsome display in full force, my parents got up from their couch and left the room without a word. I wept uncontrollably.

Samples of my blood were taken. I was put on a strict diet of psychiatric drugs and ward grub (delish, NOT), and had to participate in the therapy program required for all residents of the ward. After I gamely swallowed the prescribed pills, I walked into the common area. It was littered with commercial furniture, the stuff you’d find in your dentists waiting room; stark white walls, the really depressing kind, minus the Thomas Kinkade paintings (yick); then a simple card table, a few couches and wooden chairs and a television with a Nintendo 64 hooked up to it. Nothing of uplift whatsoever. I was in a daze. I sat down at the card table across from a girl with black hair dyed auburn at the tips. We exchanged names, then she dealt me in for a game of gin rummy—just the two of us. We talked intermittently. I assumed nothing about her, but it wasn’t too long until our forced small talk warranted a conversation to the nature of our captivity. She paused, staring pensively at her fan of cards. Then, as she placed a few on the table , she said, nonchalantly, “Oh, I tried to murder my uncle and my father. They molested me for years, so I wanted to get back at them. It seemed like the logical thing to do at the time. Oh, would you look at that. Gin! Now it’s your turn to deal!”

Apparently, this particular psych ward functioned primarily as a de facto holding cell for homicidal and suicidal teenagers. I can’t imagine what wild story my parents must have told the hospital to get me into this place. With whatever they told them, combined with my hysteric state, it was no surprise I was perceived as a threat. So, this was it. For how long? I knew not. At night, the therapists shacked me up with my new roomie —a sedate fellow who claimed to suffer from hallucinations of clowns riding yellow construction vehicles. Relatively innocuous compared to attempting to murder one’s relatives. (Although I probably would have done the same). After I had fallen asleep, I was awoken by raspy yelps coming from my roomie’s bed. Some of the ward bouncers rushed into the room. They flicked on the light, and I saw what was afflicting my roomie : now naked as the day he was born, he was bleeding from his pubic area, and his bewildered, bug-eyed face was covered in tight, black, curly hairs, which he was furiously rubbing all over his face to the point of asphyxiation . The bouncers manhandled him onto a stretcher, and wheeled out of the room as he continued to cry out in delirium. They locked the door before leaving.

I laid awake most that night, contemplating my life, what I would do with it when I got out—if I ever got out. Then a moment of clarity came. Like an epiphany, but more a resolution: there are a lot of hypocrites in the world masquerading as paragons of goodwill and virtue–this I knew all too well. Therefore, you cannot trust anyone to be who they claim. You can only trust yourself. You cannot count on anyone for comfort or consolation—only yourself. Only you can make your reality a place worth living. Peace. I stared up at the blank ceiling. The world was now my home, the whole of it. I could do whatever I wanted, because I didn’t care about what other people thought, because the only person proven to be worth trusting then was myself. Peace. And I would try to instill in others this same devotion to self. Peace be upon us all. And with that, I fell asleep.