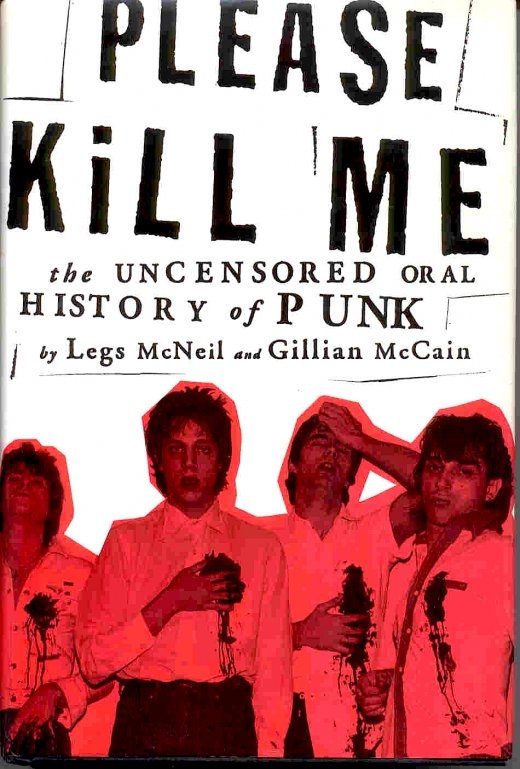 BY SYDNEY SCOTT So, there I am. It’s 2004, sophomore year of high school, and I’m wearing my black and pink Hot Topic t-shirt, studded belt, and ripped jeans. My favorite bands were Avenged Sevenfold and Good Charlotte and I was trying my best to appear all angst ridden and mad at the world. I pretended to like the Sex Pistols even though I couldn’t really get into them and feigned disinterest in school when in reality I enjoyed it. This is what punk is in the suburbs these days. Imagine how my whole world changed when I picked up a copy of Please Kill Me: The Oral History of Punk at the local Books-A-Million. This book is like hearing stories from your grandfather, if he were Legs McNeil, and he had a wild past, and friends like Lou Reed, Patti Smith, Iggy Pop, and David Bowie. Legs McNeil collects stories from key members of the 70’s New York punk scene explaining what shaped the scene and chronicling events way before punk officially had a name. With interviews from punk legends, Please Kill Me tells what it was really like to slum it in gritty, late 20th Century New York for struggling musicians who turned to hustling and drugs. Wild parties and antics recounted by notorious groupies like Sable Starr, the realization that Jim Morrison wasn’t as great as he seemed and the D.I.Y aesthetic of what was going on painted a picture that just about blew my wannabe rocker mind. Leg McNeil also makes it clear that the roots of punk were strictly American. It’s his view that bands like The Stooges, the New York Dolls, and the Velvet Underground were what got punk off the ground and it was the British version that contaminated its purity and ultimately killed the movement. Needless to say, Please Kill Me has become one of my favorite books. Now, every time I see some angsty teen in a Hot Topic tee I think of how warped punk has become and the kids today have no idea what slumming it is really like. Please Kill Me should be required for reading for every wannabe punk living in the suburbs, who dreams of partying hard with Fall Out Boy and Senses Fail because these kids need a little history lesson. Punk was the gritty, drug-fueled, groupie-banging, fast, cheap and out of control party that nobody was invited to but everyone could crash. No wonder people never stop talking about. Too bad I missed it.