DOW JONES NEWSWIRE: Security experts have sounded the alarm – and many others are just as loudly trying to quell the furor – over fears the Conficker computer worm could trigger Internet havoc on April 1. Some security researchers have warned that Conficker could unleash the equivalent of a “digital Pearl Harbor,” while others have suggested it could be world’s biggest April Fool’s joke. No one knows for sure what will happen on Wednesday when as many as 10 million computers infected by Conficker start “phoning home” for new instructions from the worm’s creators.

Multiple versions of the worm, which first appeared late last year, have spread in a variety of ways and take advantage of several weaknesses in Microsoft Corp.’s (MSFT) Windows operating system. The software giant fixed those weaknesses in October, but many people didn’t download the patch or they run bootleg copies of Windows that don’t get the updates. Once Conficker infiltrates a machine, it tries to crack administrators’ passwords, hijack security software, disable commercial antivirus software, and opens the PCs to further infections. Internet security experts were so struck by the authors’ skills that they formed the “Conficker Cabal” to fight back against the worm.

Their challenge is apt to get a whole lot bigger on Wednesday when Conficker is set to generate 50,000 new Internet 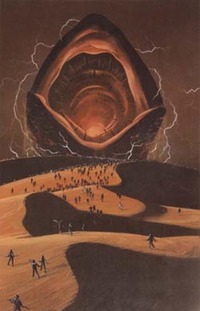 domain names, any of which could be used to take control of the millions of infected PCs. The vast number of potential control centers will make it extremely difficult to preemptively cut off communication between the infected computers and Conficker’s authors. Some researchers – and many media outlets, including CBS’ “60 Minutes” – have speculated that the worm’s authors could then trigger the program to send spam, spread more infections, or start an all-out attack on Web sites run by major Internet companies such as Google Inc., Yahoo Inc. or Amazon.com Inc.

But others who have been following the worm say the date will probably come and go without event. Luis Corron, a director at Panda Security, played down the threat Friday in a blog post entitled “Don’t get taken in by the Conficker Panic.” Corron noted that criminals and hackers typically unleash Internet worms to surreptitiously build huge networks of “zombie” computers that can then be harnessed to send spam, or increasingly to steal vast amounts of personal and financial data available online. That would augur against at crippling Internet attack. MORE