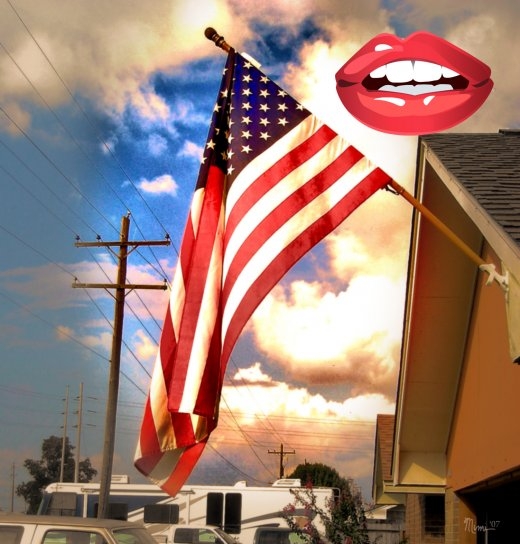 BY AARON STELLA GAYDAR EDITOR Today we set the Wayback Machine to September 11th, 2001, which will forever live in infamy as the day I was expelled from the Alabama School of Fine Arts (ASFA). Freshman year at ASFA, I boarded in the high school dormitories, until the dorm directors permanently banned me for illicit acts of sodomy. By the time my sophomore year rolled around, I had accepted the mantle of ‘delinquent in the making.’ And so, one afternoon, September 10th, 2001 to be exact, I snuck back into the dorm to have one last romp in the sack with the flavor of the month (ya’ll know how it is). The next day, the principal took me out of class personally and brought me into his office. Apparently, my clandestine rendezvous had been found out by one of the new resident assistants who saw me sneaking in. Blast! Hence, my insolence was grounds enough for my immediate expulsion.

Sitting with my mom at Cracker Barrel afterwards for an increasingly all too common ritual: the post-bust lunch of shame. I felt strangely resolute about the actions that led to my expulsion. Proud, almost. Mom was exasperated, but she refrained from scolding me. She did, however, make it plain and clear that I would attend the catholic high school in Cullman–and that was that. My mom loves me, what can I say? Of course she remarked she didn’t know what she was going to do with me. Hell, I didn’t know what I was going to do with me. I used to be such a goodie-two shoes. Now I’m Sir Sodomite the Insatiable. All of a sudden, mom’s cell phone rings. It’s Dad. He tells her that two planes have hit the World Trade Center towers and that Muslims are attacking the country and that the world’s ending that she has to go buy all the toilet paper, eggs and milks from the grocery store that she can buy. He hangs up abruptly.

In all honesty, since my parents sheltered us kids so thoroughly from the goings on of the world, I couldn’t

comprehend the gravity of the situation; that the security of the country had been compromised, and that one of the symbols of America’s economic superiority has been leveled in a matter of minutes. By time mom and I had returned home, Giovanni, the German exchange student that was living with my family at the time, had called his parents. They had already purchased a ticket to come home; but he put their worries at ease: he assured them that Cullman, Alabama, wasn’t next on the terrorist’s “to-bomb” list. He had only been in the US for about two weeks, so he was having quite the experience as you can imagine. My father’s apocalyptic spidey -sense, on the other hand, was going absolutely haywire. Sure, Y2K was a letdown—but 9/11 was incontrovertible evidence that the end of the world was near. He starts parading around the house making all sorts of outlandish predictions about what lies ahead in the world’s fate. By this time, my family had learned to ignore my father’s prophecies of ill-portent. Whenever daddy dearest got excited, we knew to listen and feign appropriate reactions to his insane pronouncements and then promptly forget he ever said them. Sad to say, we also ignored what were clear warning signals that my father needed professional help. So that was my 9/11.

But getting back to Giovanni: He was about a year older than I, and quite the dish. We bonded relatively fast upon his arrival. Still, Giovanni was almost too perfect: he was handsome, intelligent, charming, a total babe magnet (not that I cared, but he got attention for it), and practitioner of lofty pursuits that gained him respect among the faculty and his other superiors. But what tormented me most was the way my father compared me unfavorably to Giovanni. I already knew I was a disappointment to him. And it wasn’t like comparing me to other boys was a new habit for him. He did that through most of my childhood. He would say things like, “Aaron, why can’t you be more like Nick?” a teenager eight years my senior. And now it was ‘why can’t you be more like Giovanni?’ As a young boy, these unfavorable comparisons were merely hurtful, but as an adolescent struggling with identity and self-esteem issues, it was positively devastating. I felt worthless, like a failed science project or an obsolete model they no longer bothered to make spare parts for.

He always spent more time with his “boys” than he did with me anyway. But you know, he’s getting what he deserves:

he’s now a miserable old man witnessing the fantasyland he’s lived in for so long being systematically dismantled by pure unadulterated karma. He does the best that he can to sustain it: he continues to spend obscene amounts of money (courtesy of private disability and your tax dollars) on fancy cars and fine Italian leather furniture and statues of the saints and angels and all sorts of other frivolities, trying to keep reality at bay. But reality slouches towards him; and it will eventually devour him.

As I mentioned previously, Cullman, Alabama was settled by Germans. Every year, the community theater would put on a play retelling the history of Cullman. Giovanni, my sisters and I auditioned for this play and got parts; however, since I sported a giant afro at the time (looking unmistakably Jewish) I very well couldn’t play any major parts—so I was given the part as the narrator (meh ). Over the course of the rehearsals, Giovanni and I befriended one of the cast members. Andrew was his name: he was the son of the family with whom I would eventually come to live. By time Giovanni left back home for Germany, I was going over to Andrew’s house almost every day, growing closer and closer with him and his family. Aside from his sisters, a friend of Andrew’s lived there with them. It’s not that his friend didn’t have a family, he just didn’t get along with his father. It never bothered me that Andrew’s family was so willing to open up their home to others. They all seemed to exude a natural sense for hospitality. Little did I know that the family whom I thought to be my saviors would turn out to be child abductors. Oh how little I knew. Until next time…