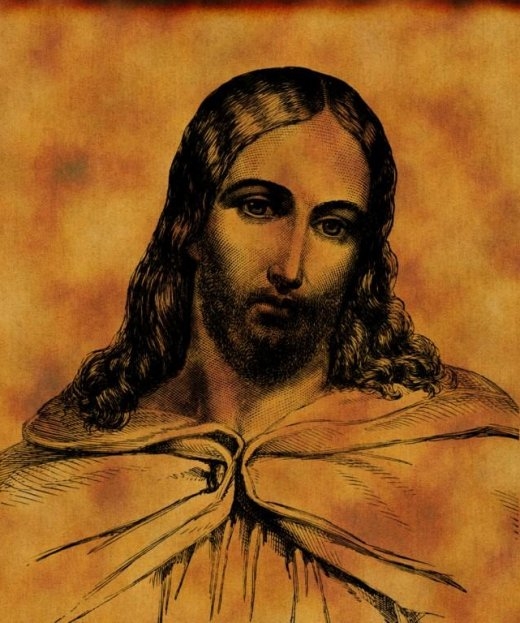 BY AARON STELLA Ladies and gentlemen and fellow gay Americans: welcome to an all-new Gaydar! This week, we chronicle the slings and arrows of my family’s post-cult life and my first bold steps in discovering my sexual niche (all the juicy details included, not for the faint of heart gay). OK, here goes: In the December of my 12th year on this earth, my family and I left The Community, aka The Cult. It had become undeniable to us that we were being exploited, and despite my parents’ desperate desire for a wholesome Christian life, they couldn’t ignore the rampant corruption and shameless profiteering. My last day in the cult school was the day before Christmas break. After my teacher announced that I would no longer be part of the class and that my family was leaving the cult, my fellow 5th graders gathered around me and laid their hands on my head as the teacher led the class in prayer. “God, protect Aaron wherever he may go, and may he live his life in the knowledge of your presence, your love and mighty power—Amen.”

And then the shunning began. The elders had done a bang-up job of convincing everyone what it meant when somebody left the happy flock: You’re a sinner and have written yourself a one-way ticket to hell, and the godly should cut off any and all interaction with you. Thank God my mom had retained friendships outside of the cult. Mind you, that didn’t help to alleviate some of the serious emotional withdrawal we went through as a family who had lived and invested many, many years of our life into friendships that we would never recover. But we shrugged it off — whatever. We wanted out.

Our house, which cost us $300,000-plus to build, sold for a meager $175,000. The palatial nature of our far-from-humble abode was a by-product of my father’s insufferable grandiosity. We had built a veritable mansion, thanks to my dad’s doctor’s income, while everyone else settled for weathered brick one-story dwellings a quarter the size and a less than a quarter the cost of our place. And therefore, a quarter of the value. So when it came time to sell, not only did the presence of the cult minimize our base of potential buyers, the type of house we had built frankly didn’t belong in that neighborhood. So we got the shit end of the stick. Whatever, we were glad to finally be gone. The big, wide world was waiting.

In the cult, we referred to the secular America outside our gates as “vacation world.” Now we were going to begin our lives anew in that “vacation world.” My parents rarely revealed their true feelings to me about anything, and to this day, I still don’t know how they really felt about pioneering into the world in spite of the reasons they’d given. We moved into a stucco-sided hacienda with a terracotta roof in the historical district of Augusta, Georgia, called Summerville. Instead of easing our way into the reality of “vacation world” via the public school system, we did home-schooling. My parents did not trust public schools — the education offered and the company we kids would keep were all viewed with deep suspicion. The upside was that being at home all day provided me plenty of time to learn to jack off. My self-taught typing lessons provided prodigious opportunities to surf the web for gay porn, especially after my folks had gone to bed — or so I thought. I remember one time my mother caught me late at night with my cock in hand. She gasped, putting her hands over her mouth and lowering her head as she walked out of the room. She didn’t see what was on the screen; she fled before she could noticed anything, giving me time to walk silently back to my bedroom and avoid further shame. (Thanks, Mom!) The next day, when she asked me what I was looking at, I told her it was “naked women.” As for my father, well, his story requires a whole separate GAYDAR, but for now understand that his spectacularly poor judgment and dubious decision-making skills were the root cause of so much of the madness my family endured. For example, when a hellacious storm came by one night and literally tore the terracotta roof off our hacienda, what did we do? Did we go live with friends or family or rent a modest house until we got back on our feet? No, we took out another exorbitant home loan and purchased a $500,000 house with 25-ft ceilings, Roman-styled pillars, and bathrooms that could rivals baths of Nish. My father thought any investment was a wise investment if it enabled him to flaunt his wealth, and so our house was shamelessly luxurious with expensive furniture and extravagantly priced knickknacks and just all types of shit we didn’t need. He never could resist a good sales pitch, and as long as he was buying, why not buy two, or twenty, or 2,200. Little did I know how much money was being wasted. I’ll speak about the debt my family fell into later.

At this point in time, I had been accepted into Davidson Fine Arts School in Augusta. There, I not only had an excuse to prance around in tight black pants (I loaded up my course schedule with tap and jazz classes), but I was able to pursue the objective of my deepest, most hidden desires. My eyes had begun to wander across the melon asses and protruding crotches of men in around my 7th and 8th grade years. Although I can’t completely recall how a certain promiscuous habit got started, I remember vividly cutting my lunch periods short on a daily basis so I could go blow two of my friends from school in the bathroom. Curiously, none of us thought of ourselves as gay. I didn’t even really know that there was a whole culture out there of men like me. I just did what felt good.

One day after school, I followed this boy into the bathroom. I wasn’t really his friend, but I made it clear I had a fond interest in him. He was nervous, understandably. He unzipped his fly and let his cock fall out of his jeans, standing dead still as he pretended to pee in the urinal. I pulled up to the urinal next to him and brandished my cock as well. A moment later, after both of us realized that we had reckoned with what we were about to do, the boy grabbed me by the small of my back, and in a single swift movement, stuck his tongue down my throat. In a fervor of sensual release, our hands feverishly searched each others’ bodies as our pelvises ground together, our cocks baton-ing one another as our kiss brought our tongues to indiscriminately explore each others’ mouths. It couldn’t had been more than a minute when I heard him let out a muffled groan. He pulled away from me, staring at my shirt, and I, at his limp cock. My shirt was spattered with a sizable load in his cum. Before I could say anything, he quickly moved for the sink. As he washed his hands, making sure not to make eye contact, he said, “I’m never doing that again!” and he dashed out of the bathroom.

In that instant, my raw lust was immediately replaced by a profound sense of shame and fear of discovery. What had I done? What if somebody came in and saw me standing there with another boy’s semen on my shirt? As I anxiously scrubbed my shirt in the sink, I began to whimper softly. I thought someone would walk in and I would be caught and that would be it. Mercifully, no one did. I got away with it! So like all adolescents, when given an inch, I took a mile. Throughout my final years in Georgia, I spent most of my time coaxing my friends into compromising sexual acts above and beyond just young boys exploring themselves. I mean, everyone goes through that stage where you’re just plain horny, and these kids were no different. Some were more timid than others; one boy, however, I remember I jerked off in my room as a consequence of not completing a dare. When he left my house that day, carrying his shoes, one of which one concealed some cum-soak underpants, he said to me, “I need to go home and pray.” In time, pretty much the entire pubescent boy population of our neighborhood fell prey to the Stella’s incubus offspring.

Tune in next week when my family high-tails it to the hillbilly-infested hills of Alabama to wait out apocalypse circa Y2K. Until next time…

PREVIOUSLY: My Life In The Thrill Kill Cult

Aaron Stella is an English major at Temple University. He can be reached directly at aaronphawker@gmail.com