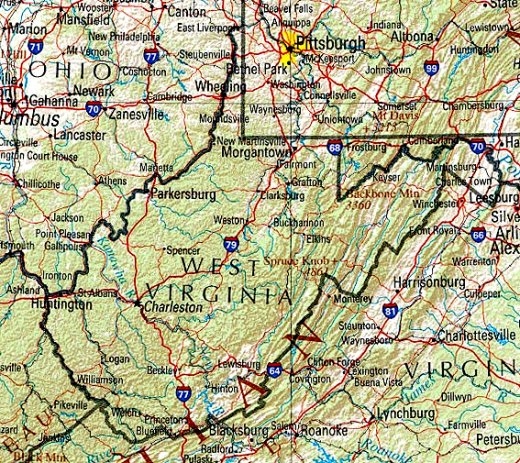 DEAR PHAWKER,
This post is quite old, but the stench of the bullshit contained herein just drifted toward my little corner of the world here on the Ohio/West Virginia border. Totally ignoring all of the incendiary rhetoric that will certainly do nothing to help “progressives” (is that, by the way, what you’re calling yourself?) win West Virginia in 2008, are

you aware that Democratic President Bill Clinton defeated George H.W. Bush by 13 percentage points in West Virginia as recently as 1992? He also defeated Bob Dole in 1996 by 15%. In fact, prior to 2000 West Virginia voted for Democrats in every presidential election but three since 1932. That’s over seven decades of fairly consistent support for the Democratic Party.”Just like their daddy did, and his daddy did before him, and so on”? Mr. Valania, did you even bother to check your facts before you wrote this post? West Virginia has gone consistently Democratic for several decades precisely because of their coal-mining, union member, blue collar heritage. That support ended in 2000, after the Democratic Party lost its way on working class issues. By the way, according to the last Rasmussen poll conducted in early June, McCain led Obama in West Virginia by only 8%. So you can put that in your condescending pipe and smoke it.
NATE NELSON
Somewhere on the Border of West Virginia & Ohio

DEAR GOVERNOR OF WEST VIRGINIA,
Thank you for the electoral history lesson. Yes, I am aware that West Virginia has voted majority Democrat in numerous elections, but I stand by my assertion that, Democrat or Republican, they voted for ‘the white guy’ every time. Just like their Daddy did, and his Daddy did, etc. I believe a cursory glance at the racial make-up of the General Election presidential candidates of the 20th Century will bear that out.

Just to be clear, beneath all the Swiftian satire about taking the vote away from whites, my derision stems not from the pre-Civil War mindset revealed in the margin of Hillary Clinton’s victory in the West Virginia primary, but the fact that under-educated people can be so easily scared and manipulated into voting against their own self-interest. My question for you is — after having concluded that the Democratic Party has lost its way on working class issues — what exactly has the GOP done for the working class of West Virginia in the last eight years besides gainfully employing their sons and daughters in the Sunni Triangle?
JONATHAN VALANIA

UPDATE: Turns out Nate Nelson is not actually the governor of West Virginia, but a blogger. He responds at length HERE