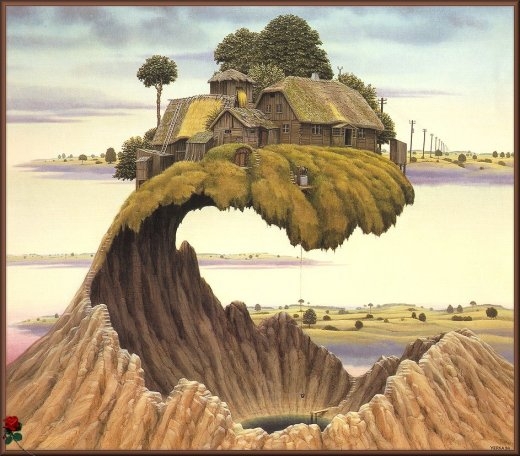 NEW YORK TIMES: “I was very proud of myself when I bought the house,” Ms. McLeod explained. “I thought I would live here till I died.” Adding to her burden, however, was about $25,000 in credit card debt she had brought from her marriage. Because her husband did not have a regular salary, all the cards were in her name. After she had been in the house for a year, a friend who was a mortgage broker suggested she consolidate her debts into a new home loan. The property had appreciated by about $30,000, and once again she put no money down for the loan. “It was amazing how easy it was,” she recalled. “But that’s a trap, and I didn’t know it then.”

Naturally, the refinance had costs. There was an $8,000 penalty to pay off the previous mortgage early as well as

roughly $1,500 in closing costs on the new loan. To cover these fees, Ms. McLeod dipped into her retirement account. Only later did she realize that she had to pay an early-withdrawal penalty of $3,000 to the Internal Revenue Service. Short on cash, she put it on a credit card. Soon she had racked up another $19,000 in credit card debt. But because her home had appreciated, she once again refinanced her mortgage. Although she was making $50,000 a year working two jobs, her income was not enough to support the new $165,000 loan. She asked her son to join her on the loan application; with his income, the numbers worked.

“Boy, would I regret that,” she said. The decision would drive a wedge between mother and son and damage his credit profile as well. Almost immediately after she refinanced, in late 2005, the department store where she worked her second job, as a jewelry saleswoman at night and on weekends, cut back her hours. She quit altogether, and her son moved out of the house, where he had been helping with the rent, to live with a girlfriend. Ms. McLeod was on her own and paying $1,500 a month on her mortgage.

Because the house had been recently appraised at $228,000, she said, she felt sure she could refinance again if she needed to pay off her credit card. “You felt like you had a way out,” she said. But as happens with many debt-laden Americans, an unexpected illness helped push Ms. McLeod over the edge. In January 2006, her doctor told her she needed a hysterectomy. She had health care coverage, but she could no longer work at a second job. She made matters worse during her recovery, while watching home shopping channels. “Eight weeks in bed by yourself is very dangerous when you have a TV and credit card,” Ms. McLeod said. “QVC was my friend.” MORE