FINANCIAL TIMES: Like most people in Mingo County, West Virginia, Leonard Simpson is a lifelong Democrat. But given a choice between Barack Obama and John McCain in November, the 67-year-old retired coalminer would vote Republican. Mr Simpson’s remarks help explain why Mr Obama is trailing Hillary Clinton, his Democratic rival, by 40 percentage points ahead of Tuesday’s primary election in the heavily white and rural state, according to recent opinion polls. West Virginia is hostile territory for Mr Obama because it has few of the African-Americans and affluent, college-educated whites who provide his strongest support. The state has the lowest college graduation rate in the US, the second lowest median household income, and one of the highest proportions of white residents, at 96 per cent. 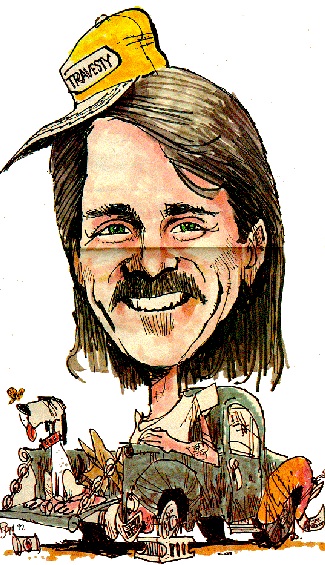 Obama if he became the nominee, and half said they definitely would not. The depth of opposition is particularly striking considering that Mingo County is one of the most Democratic places in West Virginia, having cast about 85 per cent of its votes for the party in the 2006 midterm elections. If Mr Obama cannot win there in November, he has little chance of carrying the state.

Most people questioned said they mistrusted Mr Obama because of doubts about his patriotism and “values”, stemming from his cosmopolitan background, his exotic name and the controversy surrounding “anti-American” sermons by Jeremiah Wright, his former pastor. Several people said they believed he was a Muslim – an unfounded rumour that has circulated on the internet for months – despite the contradiction with his 20-year membership of Mr Wright’s church in Chicago. Others mentioned his refusal to wear a Stars and Stripes badge and controversial remarks by his wife, Mich­elle, who des­cribed America as “mean” and implied that she had never been proud of the US until her husband ran for president. Josh Fry, a 24-year-old ambulance driver from Williamson, insisted he was not racist but said he would feel more comfortable with Mr McCain, the 71-year-old Vietnam war hero, in the White House. “I want someone who is a full-blooded American as president,” he said. MORE

POLITICO: I was talking the other day to a prominent Republican who asked me what I thought John McCain’s strongest issues would be in the general election. Lower taxes and the argument he will be better able to protect America from its enemies, I said. Republicans have a pretty good track record with those two. The Republican shook his head. “You’re missing the most important one,” he said. “Race. McCain runs against Barack Obama and the race vote is worth maybe 15 percent to McCain.” The man I was talking to is not a racist; he was

just stating what he believes to be a fact: There is a percentage of the American electorate who will simply not vote for a black person no matter what his qualities or qualifications.And consider this little nugget from Monday’s Washington Post, in a story by Kevin Merida and Jose Antonio Vargas datelined Scranton, Pa.: “Barack Obama’s campaign opened a downtown office here on March 15, just in time for the annual St. Patrick’s Day parade. It was not a glorious day for Team Obama. Some of the green signs the campaign had trucked in by the thousands were burned during the parade, and campaign volunteers — white volunteers — were greeted with racial slurs.” MORE

NEW REPUBLIC: According to Smith College professor Paula Giddings, author of a new biography of Ida B. Wells, Ida: A Sword Among Lions and the Campaign Against Lynching, Wright’s angry invocation of race and nation tapped into a reservoir of doubt about the very Americanness of African-Americans. “American citizenship has always been racialized as white. Who is a true American? Are African-Americans true Americans? That has been the question,” she says.

In Obama’s case–given his mixed-race lineage, his Kenyan father, his experiences growing up in Indonesia, his middle name (Hussein)–questions about his devotion to America carry a special potency, as xenophobia mingles with racism to create a poisonous brew. The toxicity is further heightened in this post-9/11 atmosphere, in which an image of Obama in Somali dress is understood as a slur and e-mails claiming that he is a “secret Muslim” schooled in a madrassa spread virally, along with rumors that he took the oath of office on a Koran. The madrassa and Koran canards have been thoroughly debunked, but still they persist–and few have been willing to stand up and say, So what if he was a Muslim? For her part, Clinton, asked on 60 Minutes whether Obama was a Muslim, said, “There is nothing to base that on, as far as I know.”

It’s disappointing, to say the least, to see the first viable female contender for the presidency participate in attacks on her black opponent’s patriotism, which exploit an anxious climate around national security that gives white men an edge both over women and people of color–who tend to be viewed, respectively, as weak and potentially traitorous. Says Paula Giddings, “This idea of nationalism and patriotism pulling at everyone has demanded hypermasculine men, more like McCain than the feline Obama, and demanded women whose role is to be maternal more than anything else.” MORE