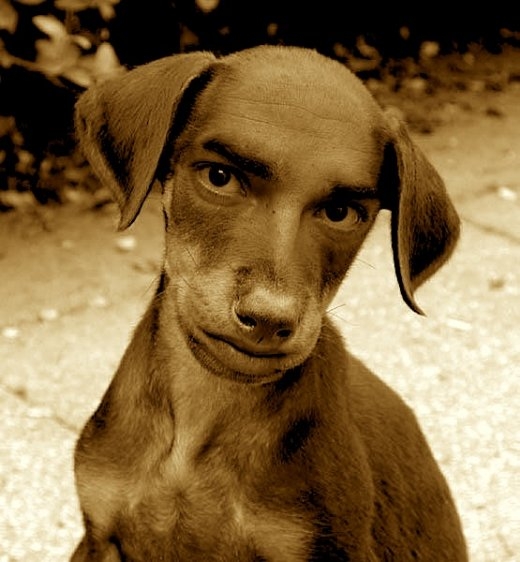 UTOPIA ANIMAL RESCUE: (Miller County, Arkansas) Two boy scout counselors, 17 year old Clayton Frady and 18 year old David [Huckabee], the son of Arkansas Governor Mike Huckabee, have admitted to catching a stray dog during their summer session at Camp Pioneer in Hatfield, AR, and hanging the dog by his neck, slitting his throat and stoning him to death. Camp officials, who did not report the crime to law enforcement officials, have admitted that the act did occur and have fired the boys from their positions. However, no charges have been filed against the young men. Arkansas State Police conducted a perfunctory investigation, but did not attempt to locate witnesses to crime. MORE

NEWSWEEK: [This] prompted the local prosecuting attorney— bombarded with complaints generated by a national animal-rights group—to write a letter to the Arkansas state police seeking help investigating whether David and another teenager had violated state animal-cruelty laws. The state police never granted the request, and no charges were ever filed. But John Bailey, then the director of Arkansas’s state police, tells NEWSWEEK that Governor Huckabee’s chief of staff and personal lawyer both leaned on him to write a letter officially denying the local prosecutor’s request. Bailey, a career officer who had been appointed chief by Huckabee’s Democratic predecessor, said he viewed the lawyer’s intervention as improper and terminated the conversation. Seven months later, he was called into Huckabee’s office and fired. “I’ve lost confidence in your ability to do your job,” Bailey says Huckabee told him. One reason Huckabee cited was “I couldn’t get you to help me with my son when I had that problem,” according to Bailey. “Without question, [Huckabee] was making a conscious attempt to keep the state police from investigating his son,” says I. C. Smith, the former FBI chief in Little Rock, who worked closely with Bailey and called him a “courageous” and “very solid” professional. MORE

RELATED: Thankfully, He Is Well-Armed
RELATED: The Brother Sounds Like A Piece Of Work, Too
RELATED: The Wife Is No Day At The Beach, Either
RELATED: What Would Jesus Have Done If He Was In Charge Of The State Police?