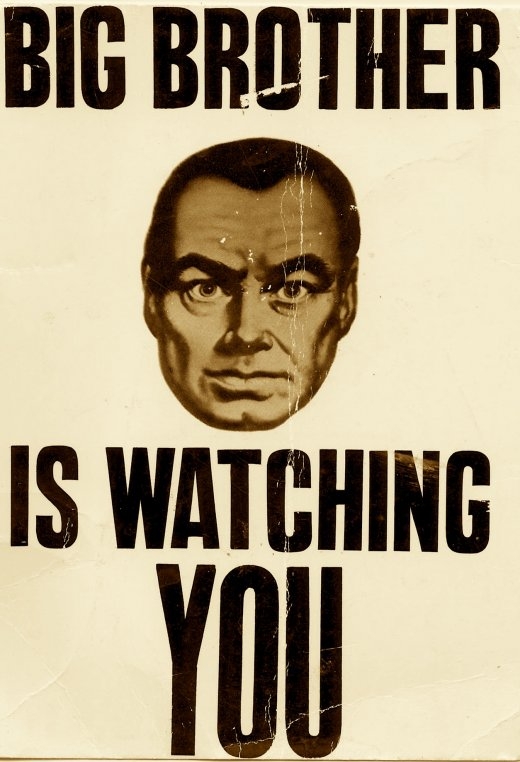 CBS NEWS: Two months ago, President Bush made a strong argument for updating a law which oversees the government’s ability to engage in surveillance of Americans and non-citizens, which requires warrants from a secret court. He spoke of the importance to our nation’s security to have a bill ready for him to sign, so as to not “limit” his administration’s anti-terrorism activities.But underneath this urgency was a threat: Even if Congress sent him an updated Foreign Intelligence Surveillance Act (FISA) bill with the provisions he said were required to pursue wiretaps of individuals with a minimum of judicial oversight, Mr. Bush said he would veto it if it did not also include an extraneous provision: immunity to telecommunications companies from liability for their past participation in the administration’s wiretaps.

Without quite admitting the program’s existence, Mr. Bush said that the bill must “grant liability

protection to companies who are facing multi-billion-dollar lawsuits only because they are believed to have assisted in the efforts to defend our nation following the 9/11 attacks.”In other words, AT&T, Verizon and other companies which allowed the government to listen in on phone calls knowing there were no warrants, could not be brought to court and potentially pay damages for violating customers’ privacy.

Since the Bush administration’s program of eavesdropping and data mining of information from Americans without obtaining warrants (as is required under the Constitution) came to light, and lawsuits have moved forward in courts, more and more details have come out about the program’s extent and the telecoms’ involvement.

Still, much information remains classified, and some say the only way by which a full accounting for the program may come is when documents and testimony are brought before the court — a prospect the White House has been fighting since the program become known. Now the issue of telecom immunity is rising to a boil, as the Senate prepares to vote (possibly TODAY) on the FISA bill. MORE

RELATED: The Case Against Immunity For Telecoms That Illegally Spy On Americans
RELATED: CALL YOUR CONGRESSMAN!
RELATED: STOP THE SPYING
WORTH REPEATING: BELIEVE IT OR NOT, PEOPLE, THIS IS WAY, WAY BIGGER THAN THE ALYCIA LANE THING…

BY ELLEN NAKASHIMA WASHINGTON POST STAFF WRITER His first inkling that something was amiss came in summer 2002 when he opened the door to admit a visitor from the National Security Agency to an office of AT&T in San Francisco.”What the heck is the NSA doing here?” Mark Klein, a former AT&T technician, said he asked himself.

A year or so later, he stumbled upon documents that, he said, nearly caused him to fall out of his chair. The documents, he said, show that the NSA gained access to massive amounts of e-mail and search and other Internet records of more than a dozen global and regional telecommunications providers. AT&T allowed the agency to hook into its network at a facility in San Francisco and, according to Klein, many

of the other telecom companies probably knew nothing about it.Klein is in Washington this week to share his story in the hope that it will persuade lawmakers not to grant legal immunity to telecommunications firms that helped the government in its anti-terrorism efforts.

The plain-spoken, bespectacled Klein, 62, said he may be the only person in the country in a position to discuss firsthand knowledge of an important aspect of the Bush administration’s domestic surveillance program. He is retired, so he isn’t worried about losing his job. He did not have security clearance, and the documents in his possession were not classified, he said. He has no qualms about “turning in,” as he put it, the company where he worked for 22 years until he retired in 2004.

“If they’ve done something massively illegal and unconstitutional — well, they should suffer the consequences,” Klein said. “It’s not my place to feel bad for them. They made their bed, they have to lie in it. The ones who did [anything wrong], you can be sure, are high up in the company. Not the average Joes, who I enjoyed working with.”

In an interview yesterday, he alleged that the NSA set up a system that vacuumed up Internet and phone-call data from ordinary Americans with the cooperation of AT&T . Contrary to the government’s depiction of its surveillance program as aimed at overseas terrorists, Klein said, much of the data sent through AT&T to the NSA was purely domestic. Klein said he believes that the NSA was analyzing the records for usage patterns as well as for content.

He said the NSA built a special room to receive data streamed through an AT&T Internet room containing “peering links,” or major connections to other telecom providers. The largest of the links delivered 2.5 gigabits of data — the equivalent of one-quarter of the Encyclopedia Britannica’s text — per second, said Klein, whose documents and eyewitness account form the basis of one of the first lawsuits filed against the telecom giants after the government’s warrantless-surveillance program was reported in the New York Times in December 2005. MORE

The following is a summary from WIRED of the expert testimony of J. Scott Marcus, a former FCC advisor and holder of Top Secret security clearances. Mr. Marcus was hired by Electronic Frontier Foundation to assess the accuracy and validity of their lawsuit against AT&T. The judge in the case has only allowed parts of his testimony to be released to the public.

An internet pioneer and former FCC advisor who held a Top Secret security clearance, Marcus applies a Sherlock Holmes level of reasoning to his dissection of the evidence in the case: 120-pages of AT&T manuals that EFF filed under seal, and whistleblower Mark Klein’s observations inside the company’s San Francisco switching center:

Perhaps the most interesting — and, in retrospect, obvious — point Marcus makes is that AT&T customers aren’t the only ones apparently being tapped. “Transit” traffic originating with one ISP and destined for another is also being sniffed if it crosses AT&T’s network. Ironically, because the taps are installed at the point at which that network connects to the rest of the world, the safest web surfers are AT&T subscribers visiting websites hosted on AT&T’s network. Their traffic doesn’t pass through the splitters.

With that in mind, here’s the 27B Stroke 6 guide to detecting if your traffic is being funneled into the secret room on San Francisco’s Folsom street.

If you’re a Windows user, fire up an MS-DOS command prompt. Now type tracert followed by the domain name of the website, e-mail host, VoIP switch, or whatever destination you’re interested in. Watch as the program spits out your route, line by line.

In the above example, my traffic is jumping from Level 3 Communications to AT&T’s network in San Francisco, presumably over the OC-48 circuit that AT&T tapped on February 20th, 2003, according to the Klein docs.

The magic string you’re looking for is sffca.ip.att.net. If it’s present immediately above or below a non-att.net entry, then — by Klein’s allegations — your packets are being copied into room 641A, and from there, illegally, to the NSA.

Of course, if Marcus is correct and AT&T has installed these secret rooms all around the country, then any att.net entry in your route is a bad sign.

RELATED: How To Stop The Spying On Americans