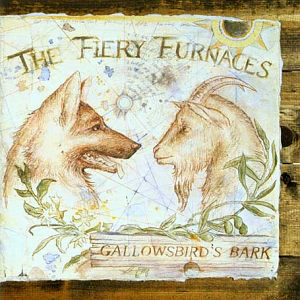 In the book Musicophilia: Tales of Music and the Brain, neurologist Oliver Sacks explores the relationship between music and the mind.Through a series of case studies ranging from songs stuck in one’s mind to a newfound passion for concert piano after being struck by lightning, the professor of Neurology at the Albert Einstein College of Medicine and the NYU School of Medicine examines the complexity of human beings and the role music plays in our lives. PLUS, The brother-sister duo Fiery Furnaces make wildly experimental music that’s as playful as it is unpredictable. Matthew and Eleanor Friedberger, on tour for their latest CD Bitter Tea, visit Washington, D.C. for a full concert, originally webcast live on NPR.org June 30, with an opening performance by the Philadelphia art-rock group Man Man. The members of Man Man have been called “spaz-rock freaks” (Pitchfork) who give “circus-of-insanity live shows” (All Music). Drawing heavily on Tom Waits, Man Man makes quirky and mischievous music, often with old-world instrumentation and plenty of theatrics. Their latest CD is Six Demon Bag on Ace Fu Records.

(Rebroadcast tonight at 11)
An update on the Kurdish region of Iraq with BRENDAN O’LEARY, Professor of Political Science at the University of Pennsylvania and PETER GALBRAITH who served as US ambassador to Croatia and East Timor. He is the author of The End of Iraq: How American Incompetence Created a War Without End (2006).

John Vanderslice joins host David Dye in the studio to discuss his new record, Emerald City. Shining through a unique blend of acoustic and analog sound is Vanderslice’s masterful lyricism, with emotional narratives that blur the line between autobiography and fiction. His raw, rich voice tells stories of complicated love and life in a tumultuous post-9/11 world.