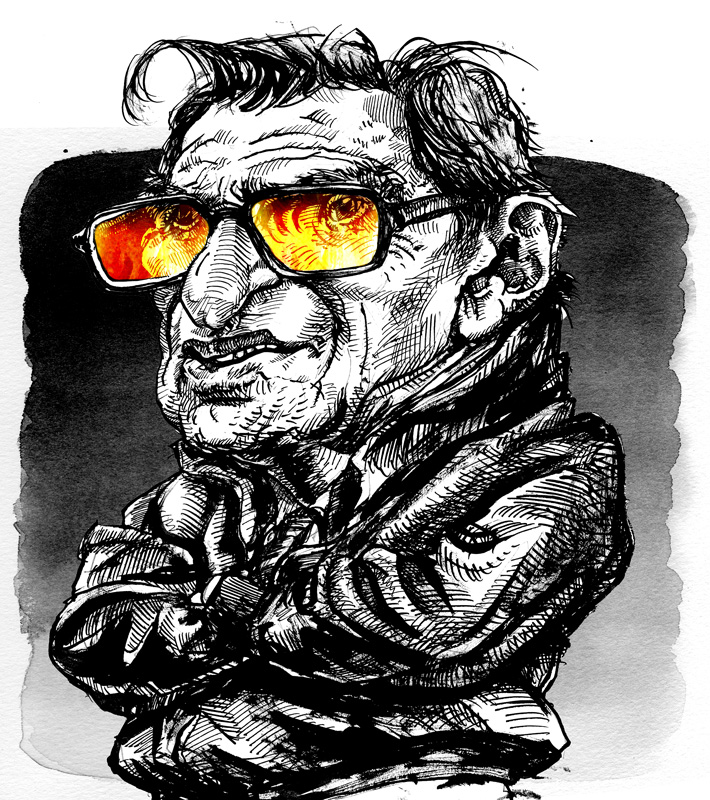 ASSOCIATED PRESS: Penn State trustees fired football coach Joe Paterno and university president Graham Spanier amid the growing furor over how the school handled sex abuse allegations against an assistant coach. The massive shakeup Wednesday night came hours after Paterno announced that he planned to retire at the end of his 46th season. MORE

NEW YORK TIMES: Penn State Coach Joe Paterno announced Wednesday that he plans to retire at the end of the football season, though it remains unclear if the university will allow him to coach that long in the wake of a sexual abuse scandal that has implicated top school officials. […] Late Tuesday, the Board of Trustees released a statement saying it was “outraged by the horrifying details” in the grand jury’s report on the case and promised it would take “swift, decisive action.” It said it planned to appoint a special committee to undertake a “full and complete” investigation.  MORE

JOE PATERNO: “I am absolutely devastated by the developments in this case. I grieve for the children and their families, and I pray for their comfort and relief. I have come to work every day for the last 61 years with one clear goal in mind: To serve the best interests of this university and the young men who have been entrusted to my care. I have the same goal today. That’s why I have decided to announce my retirement effective at the end of this season. At this moment the Board of Trustees should not spend a single minute discussing my status. They have far more important matters to address. I want to make this as easy for them as I possibly can. This is a tragedy. It is one of the great sorrows of my life. With the benefit of hindsight, I wish I had done more. My goals now are to keep my commitments to my players and staff and finish the season with dignity and determination. And then I will spend the rest of my life doing everything I can to help this University.”

PHIL SHERIDAN: So Joe Paterno is going out on his own terms – assuming his terms are as a tone-deaf, misguided enabler of the most abhorrent behavior ever attached to a sports entity of any kind. The news that Paterno has “decided to retire” at the end of this football season would have been a headline grabber in any of the previous 10 years.  It is an absurd afterthought in the wake of the Jerry Sandusky grand jury report. Retire? At the end of the season? Fine. Then Penn State University president Graham Spanier should – no, must – suspend Paterno for the remaining games of the 2011 season. Say it’s pending the internal investigation necessitated by the grand jury charges. Say whatever. Just stop Paterno from making another public appearance as head coach of your football team. Oh, and will he’s at it, Spanier needs to do three more things: suspend assistant coach Mike McQueary for the same reason, decline any bowl invitation that might come Penn State’s way, then finally resign his own office. MORE

ATTYTOOD: Tom Ridge, the former governor of the Keystone State, was floated as a pick [for next president of PSU] in news reports earlier today. He would be the worst person you could think of to clean up the mess at Penn State, and so would anyone else who fits his profile. Ridge is the guy most recently who’s been pocketing $75,000 a month to tell you that the fracking goldrush pillaging its way across rural Pennylvania is good for your environment, and pay no attention to that man lighting his tap water on fire. Then he went on Stephen Colbert to insist that he’s not a lobbyist, a verbal technicality perhaps — not unlike the verbal technicalities that the current Penn State higher-ups use to defend their unconscionable failure to act. MORE

DAILY NEWS: Embattled Penn State coach Joe Paterno returned home from practice to find students in his front yard, chanting words of support. Students had been gathering during the afternoon and were chanting, “Joe Pa-ter-no!” and “We are … Penn State.” At one point, hundreds of students were chanting the school’s alma mater. Paterno stopped on his way inside to thank the students. He later came to the window of the house and gave an emotional speech as students ran toward the windows with mobile devices in hand to record Paterno’s remarks. MORE

ESPN: After the rally at Paterno’s house, a portion of the crowd went to stand guard by his statue at Beaver Stadium before marching to Old Main, the school’s administration building. Students walked onto College Avenue before being moved off the street by police in riot gear, and they reassembled at Old Main as their numbers swelled into the thousands. Around 11:30, the crowd marched back to Beaver Stadium, where several thousand gathered around the Paterno statue until well after midnight. Other than a few overturned garbage cans by the stadium, the demonstrations appeared to be mostly peaceful. MORE

RELATED: “JoePa deserves our support for all the time, money and effort he put in the school,” she said. “I would really hate to see him go with this ending after all he’s done for us. Then again, I’m graduating, so I’ve already had my JoePa.” Michael and Lauren Acquaviva were the rare people interviewed for this story who wanted Paterno held accountable. Lauren grew up in State College and graduated from the school last year, while Michael is a graduate student. The kind of couple who finishes each other’s sentences, the Acquavivas brought their 10-month-old son, Matthias, and a protest sign to the Old Main steps. “If something like this happened to my son and people knew about it but chose not to do anything, I feel they’d be nearly as responsible as the person who did it,” Lauren Acquaviva said. “What’s Paterno’s motto? Victory with honor? There’s just no honor here,” Michael Acquaviva said. MORE

RELATED: “All that is necessary for evil to triumph is for good men to do nothing.” — William Burke

RELATED: Sandusky played for Paterno at Penn State, starting at defensive end from 1963 to 1965. After graduating first in his class with a B.S. in health and physical education,[4] Sandusky served as a graduate assistant under Paterno at Penn State in 1966, and then held assistant coaching positions at Juniata College (1967) and Boston University (1968). He returned to Penn State in 1969 and remained there as an assistant coach until his retirement at the end of the 1999 season. Sandusky served as defensive line coach Sandusky spurned opportunities for head coaching positions, including one with the University of Maryland in 1991,[5] in the hope of succeeding Paterno as head coach at Penn State. But Paterno outlasted Sandusky, and is active as of the 2011 season at the age of 84. His final game coaching at Penn State was a notable game for Sandusky. Penn State faced Texas A&M in the 1999 Alamo Bowl in San Antonio, Texas. Inspired to honor Sandusky, the defense produced an outstanding effort and the Nittany Lions shut out Texas A&M, 24–0, the only bowl game shutout victory for Penn State under Paterno. Sandusky was recognized in ways usually reserved for the head coach. He was doused with a water bucket and carried to the center of the field on the shoulders of his players.[6]

Since retirement, Sandusky has hosted many summer football camps and remains involved in The Second Mile, a children’s charity he founded in State College, Pennsylvania in 1977.[7] Sandusky wrote an autobiography titled “Touched: The Jerry Sandusky Story”, which was published in 2001.[8] The book includes a quote from ex-Eagles head coach Dick Vermeil about Sandusky: “He could very well be the Will Rogers of the coaching profession.”[9] MORE

RELATED: Centre County prosecutor Ray Gricar decided not to prosecute then-Penn St. Nittany Lions DC Jerry Sandusky in 1998 after charges of child molestation were made. He never fully explained his decision. Seven years later, then-district attorney Gricar went missing. His car was found abandoned in a parking lot and his laptop was found in the Susquehanna River, damaged beyond repair. He was declared dead this past July after a fruitless search never turned up his body. Now, it is very early in the prosecution of Sandusky and it might be a bit of a leap to assume all of this is connected. The one thing that is true, however, is that Gricar’s reasons for choosing not to prosecute will almost never be known. That’s not to say Gricar didn’t try to find out everything he could about Sandusky. Gricar was said to have led the investigation into the coach himself and even had a police officer hide in the house of an alleged victim while the mother confronted Sandusky. That confrontation allegedly led to Sandusky’s admission that he showered with a child. Whether Gricar decided to disappear and likely kill himself over the Sandusky allegations or something completely unrelated, we’ll probably know. That said, police revealed that Gricar’s home computer had saved searches for “how to wreck a hard drive” and “water damage to a notebook computer,” meaning that he clearly wanted to make sure something never saw the light of day. MORE