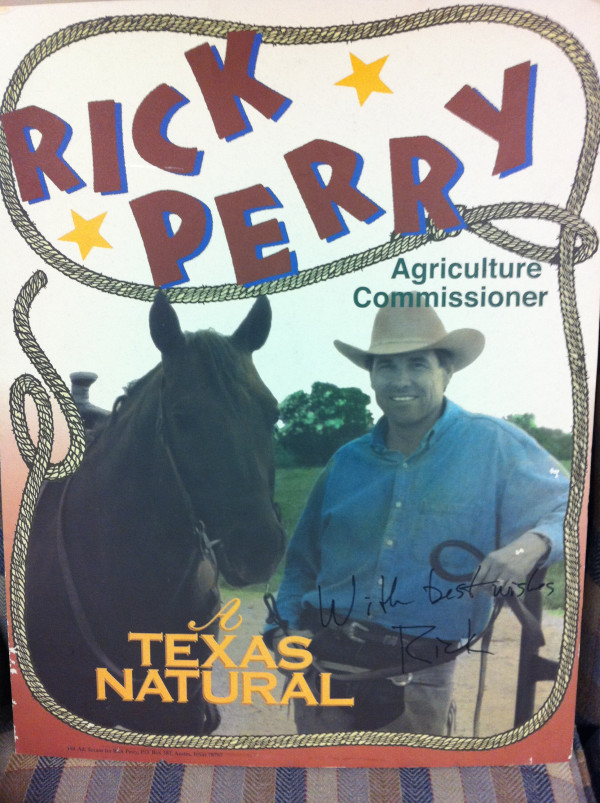 ABC NEWS: When Rick Perry arrived in New Hampshire one day ago, he repeated the state’s “live free or die” motto, telling an audience, “You’ve got to love that. What Perry may not have loved, however, is the treatment he received just 24-hours later at a meet-and-greet stop in this picturesque Seacoast town where he encountered about two-dozen protesters who shouted at him, held signs with slogans like “Another Texas idiot for sale,” and followed him into a cafe to yell some more. The protesters, some of whom were senior citizens and members of the New Hampshire Alliance For Retired American gathered on a sidewalk more than an hour before Perry arrived at the event. (The group alerted reporters to their presence here with a press release the day before.) As the presidential candidate from Texas walked into a local restaurant, Popovers on the Square, he was forced to shake hands with voters amid shouts of “Hands off Social Security and Medicare!” and “You’re a threat to America” from the anti-Perry forces who gathered just a few feet away from him. It was the first organized protest of this kind since Perry arrived in the Granite State. Inside the café, Gail Mitchell and a companion grilled him:

“You said Social Security was unconstitutional.”

“Social Security’s going to be there for those folks,” Perry answered his inquisitors.

“But you said Social Security is unconstitutional,” Mitchell repeated.

“I don’t think I — I’m sorry, you must have,” Perry said before stopping himself.
Instead of elaborating, Perry stuffed a generous piece of popover in his mouth.

“I’ve got a big mouthful,” Perry said and then ordering a glass of water. He later tripped over one of the women standing at his side pressing him on Social Security. MORE

HUFFINGTON POST: Texas Gov. Rick Perry took his skepticism about climate change one step further on Wednesday, telling a New Hampshire business crowd that scientists have cooked up the data on global warming for the cash. In his stump speech, Perry referenced “a substantial number of scientists who have manipulated data so that they will have dollars rolling in to their projects.” “We’re seeing weekly, or even daily, scientists who are coming forward and questioning the original idea that man-made global warming is what’s causing the climate to change,” Perry said. “Yes, our climates change. They’ve been changing ever since the earth was formed.” MORE

RELATED: The world’s largest oil company is continuing to fund lobby groups that question the reality of global warming, despite a public pledge to cut

support for such climate change denial, a new analysis shows. Company records show that ExxonMobil handed over hundreds of thousands of pounds to such lobby groups in 2008. These include the National Center for Policy Analysis (NCPA) in Dallas, Texas, which received $75,000 (£45,500), and the Heritage Foundation in Washington DC, which received $50,000. According to Bob Ward, policy and communications director at the Grantham Research Institute on Climate Change and the Environment, at the London School of Economics, both the NCPA and the Heritage Foundation have published “misleading and inaccurate information about climate change.” MORE

RELATED: Now Representative Henry Waxman, a Democrat who served as chairman of the powerful House Committee on Energy and Commerce and co-sponsored the bill, is demanding answers on whether the scientist misled the committee on the sources of his financing. Along with his written testimony for the 2009 hearing, Dr. Michaels submitted to Congress a document detailing roughly $4.2 million in funds he has received for his scientific work. Only 3 percent of the funding listed came from energy-sector sources. After the hearing, Representative Peter Welch, Democrat of Vermont — citing reports that Dr. Michaels had received substantial funds from the coal, oil and gas industry — questioned him on the record about what he received from the energy sector, but he declined to amend his statements. MORE

RELATED: One of the world’s most prominent scientific figures to be sceptical about climate change has admitted to being paid more than $1m in the

past decade by major US oil and coal companies. Dr Willie Soon, an astrophysicist at the Solar, Stellar and Planetary Sciences Division of the Harvard-Smithsonian Centre for Astrophysics, is known for his view that global warming and the melting of the arctic sea ice is caused by solar variation rather than human-caused CO2 emissions, and that polar bears are not primarily threatened by climate change. But according to a Greenpeace US investigation, he has been heavily funded by coal and oil industry interests since 2001, receiving money from ExxonMobil, the American Petroleum Insitute and Koch Industries along with Southern, one of the world’s largest coal-burning utility companies. Since 2002, it is alleged, every new grant he has received has been from either oil or coal interests. MORE