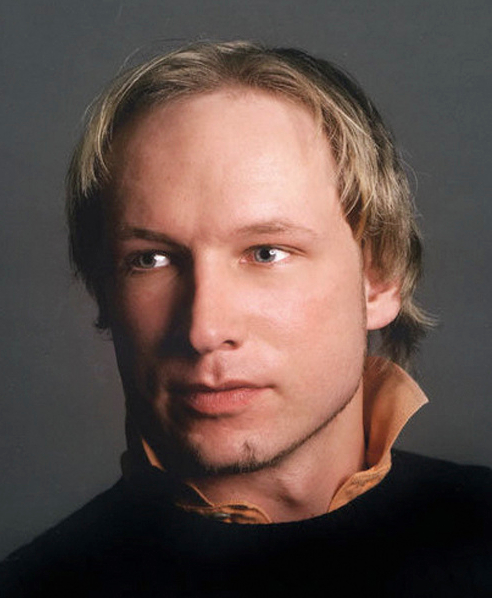 CHRISTIAN SCIENCE MONITOR: The Norwegian terrorist Anders Behring Breivik writes in a manifesto that he acquired some 8,000 e-mail addresses of “cultural conservatives” not just across Europe but North America, Australia, South Africa, Armenia, Israel, and India – ensuring scrutiny of anti-Muslim groups far beyond Europe. Mr. Breivik’s primary goal is to remove Muslims from Europe. But his manifesto invites the possibility for cooperation with Jewish groups in Israel, Buddhists in China, and Hindu nationalist groups in India to contain Islam. “It is essential that the European and Indian resistance movements learn from each other and cooperate as much as possible. Our goals are more or less identical,” he wrote. In the case of India, there is significant overlap between Breivik’s rhetoric and strains of Hindu nationalism – or Hindutva – on the question of coexistence with Muslims. Human rights monitors have long decried such rhetoric in India for creating a milieu for communal violence communal violence, and the Norway incidents are prompting calls here to confront the issue. MORE

WALL STREET JOURNAL: The man who confessed to carrying out a bombing and shooting terror spree that left 76 people dead in Norway has told a court that he was part of an organization with “cells all over Europe.” In his manifesto, Mr. Breivik wrote that a “trial is an excellent opportunity and a well suited arena [at which] the Justiciar Knight can use to publicly renounce the authority of the EUSSR/USASSR hegemony.” The manifesto reechoed sentiment that has found a renewed voice on the fringes of mainstream politics from Sweden to Italy. Populist politicians have won votes and influence by arguing that Europe is letting in too many people, especially Muslims who they say don’t accept Western values and who, according to these politicians, cause crime and unemployment. The view that fueled Mr. Breivik’s extremism “is a sentiment you find in all European countries,” said Thomas Hegghammer, a senior research fellow at the Norwegian Defence Research Establishment in Oslo. Norway, a wealthy, sparsely populated country, has little recent history of political extremism, much less terrorism. That it was the site of such an attack, even if by an isolated gunman, has unleashed concern across Europe that the anti-immigrant underswell that has swept much of the Continent in recent years could metastasize suddenly and unexpectedly into violence. MORE THE GUARDIAN: Anders Behring Breivik’s meticulous plans for Friday’s atrocities include a detailed description of how he says he raised the money to prepare for and carry out the twin assaults. His 1,500-page “manifesto” claims that as far back as 2002 he launched a nine-year plan that saw him start his own business, dabble unsuccessfully in the markets and use at least nine credit cards to fund the attack. MORE

NEW YORK TIMES:  Breivik is no loner. His violence was brewed in a specific European environment that shares characteristics with the specific American environment of Loughner: relative economic decline, a jobless recovery, middle-class anxiety and high levels of immigration serving as the backdrop for racist Islamophobia and use of the spurious specter of a “Muslim takeover” as a wedge political issue to channel frustrations rightward. […] Breivik has many ideological fellow travelers on both sides of the Atlantic. Theirs is the poison in which he refined his murderous resentment. The enablers include Geert Wilders in the Netherlands, who compared the Koran to “Mein Kampf” on his way to 15.5 percent of the vote in the 2010 election; the surging Marine Le Pen in France, who uses Nazi analogies as she pours scorn on devout Muslims; far-rightist parties in Sweden and Denmark and Britain equating every problem with Muslim immigration; Republicans like former House Speaker Newt Gingrich and Representative Peter King, who have found it politically opportune to target “creeping Shariah in the United States” at a time when the middle name of the president is Hussein; U.S. church pastors using their bully pulpits week after week to say America is a Christian nation under imminent threat from Islam. MORE

CHRISTIAN SCIENCE MONITOR: Ideological far-right fellow-travelers of Anders Behring Breivik are rushing to distance themselves from the Norwegian killer’s carefully planned murder spree – even as many of these groups defend their own often virulent anti-Muslim and anti-immigrant viewpoints as reasonable.  Groups ranging from the “Gates of Vienna” blog to the English Defense League to the Netherlands Freedom Party of Geert Wilders that seeks to ban the Koran from the country, among others, issued clear denunciations of violence to achieve political ends. But the sudden appearance of a murderous and crusading figure who sees himself as a martyr for Judeo-Christian European civilization is expected to ramp up surveillance by intelligence services of a far-right culture that has grown and flourished in the greenhouse of the Internet, analysts say. MORE

THE TELEGRAPH: Beck said that the Labour party youth camp on the island, where 68 people were murdered, bore “disturbing” similarities to the Nazi party’s notorious juvenile wing. Beck, a multimillionaire darling of the Tea Party movement, said on his nationally-syndicated radio show: “There was a shooting at a political camp, which sounds a little like, you know, the Hitler youth. I mean, who does a camp for kids that’s all about politics? Disturbing.” Torbjørn Eriksen, a former press secretary to Jens Stoltenberg, Norway’s prime minister, described the comment as “a new low” for the broadcaster, who has frequently been forced to apologise for offensive remarks. “Young political activists have gathered at Utoya for over 60 years to learn about and be part of democracy, the very opposite of what the Hitler Youth was about,” he told The Daily Telegraph. “Glenn Beck’s comments are ignorant, incorrect and extremely hurtful.” MORE

PREVIOUSLY: HELTER SKELTER: A One Man 9/11 In Reverse