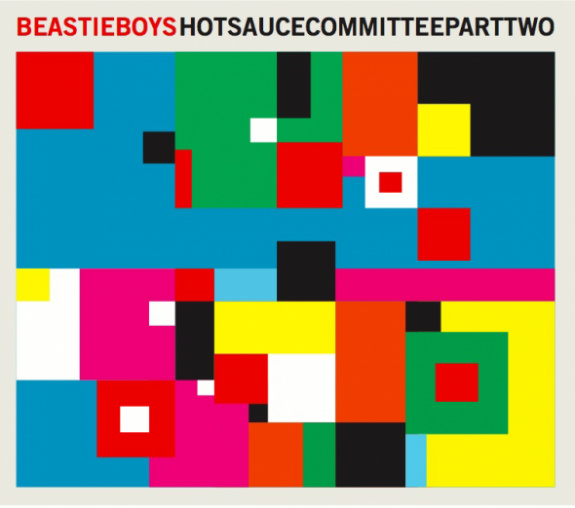 BY MATTHEW HENGEVELD Albums like Paul’s Boutique make men out of Boys, and in the process change the game. Coming on the heels of the critically acclaimed/commercially successful Licensed To Ill, Paul’s Boutique didn’t much impress Capitol Records, their label at the time, or for that matter anyone at the RIAA. Paul’s Boutique literally was the holy-baloney “I can’t believe you sampled Johnny Cash” mother lode debacle of the music-sampling century. It eventually established a harsh precedent for all future sampling, requiring artists to acquire permission, and invariably pay through the nose, before sampling anything. This arguably compromised the art of sampling cool old vinyl for ever, ever (for ever, ever?). Understandably, the Beastie Boys were feeling pretty gosh dern’d stupid.

Adrock, MCA and Mike D went into hiding. After a year of poring over Hermann Hesse, drinking Jameson and making friends with Lee “Scratch” Perry, the Beastie Boys returned to the studio to cut another LP ASAP. The resulting album, Check Your Head, was intended to be an all-instrumental album hearkening back to their early-‘80s punk roots. Not one vocal was recorded until Biz Markie (yes, that Biz Markie) stepped into the Beasties’ studio and persuaded them to drop some vox on these tracks. Voila! Check Your Head was born, a masterful mixture of live instrumentation and hip-hop.

If anything, Hot Sauce Committee Pt 2 is a throw back to this era of the Beastie Boy chronology, emphasizing their chops as a live band, well-honed after years of playing as a punk band and producing several instrumental albums (see The Mix-Up). There is essentially no recognizable sampling used throughout the album. Instead, the trio picks the nostrils of their former selves for inspiration. “Long Burn The Fire” sounds like “Egg Man” part two, and “OK” rehashes some of the effects from “B-Boys Makin’ with the Freak Freak.” “Don’t Play No Game That I Can’t…” procured a few salty looks at first-spin, but became refreshingly more palatable on second & third listens. Who woulda thought I’d enjoy a song featuring Santigold? The track gathers steam on wet, reverberating snares, which would sound more at home on a Studio One Dub sampler than any Philadelphian new wave platter.

The original version of “Too Many Rappers” sounded bland, and had me fearing another To The 5 Boroughs travesty, but the New Reactionaries Remix of the track proved that the Beasties still know how to infuse raging high-power to their tracks, and that Nas sounds fantastic over this kind of shit. Honestly, this is Nas’ most energetic verse since that bullshit track he had with Korn. The title track “Make Some Noise” has been touted as 2011’s “Fight For Your Right To Party,” but it’s really more like the new “Ch-Check it Out.”

But Hot Sauce Committee Pt 2 isn’t just one step forward, two steps back. It strikes me as the logical follow-up to 1998’s Hello Nasty, and brings back a ton of authenticity the trio lost with To the 5 Boroughs. Okay, I’ll admit, this album isn’t perfection — the Beasties promised (presumably tongue-firmly-in-cheek) a guest-spot from Bob Dylan that never materialized and they could have crammed a couple more instrumental tracks for my liking — but you can see it from here.