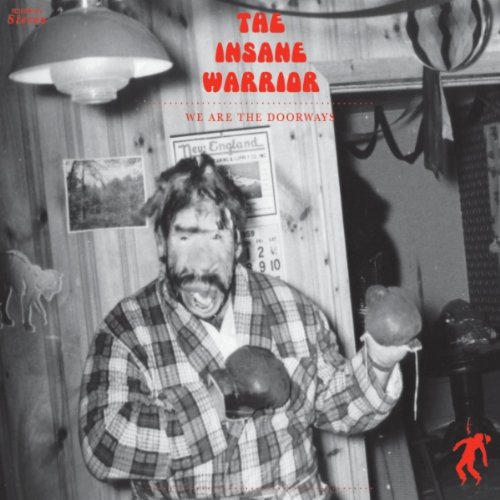 BY MATTHEW HENGEVELD March 6, 2007. The date isn’t etched on my brain, but suffice it to say that it signified my loss of faith in one of hip-hop’s most talented producers, RJD2. He’s part of the electronic-hip-hop movement that has been defined as everything from Wonky to Chillout to Trip-hop. Whatever the genre, it’s really hard to find fault with the music. His 2007 album Third Hand should have been an album of head-nodders, not head-scratchers, which was the case when RJ abandoned his hip-hop roots and offered up this anemic electro-pop medley. At the same time, he left his cozy home at the Definitive Jux label and settled for a one-off deal with XL Recordings. In all fairness, I eventually forgave RJ, but his departure from Def Jux left the independent label in dire straights, and it went under last year.Now RJ comes crawling back.

Has the Mad Men well gone dry? Or is he just ashamed of the mauve BS that has become his career? No matter, I welcome RJD2 back into the realm of the realness with open arms, and this album is a savory masterpiece when compared to his last two efforts. He still hasn’t re-incorporated the sampling-frenzy of his debut album Deadringer, but he adds some zest with an army of acid synthesizers, fluttering flutes and to-the-point drums. It’s a prog-rock bonanza, and your Styx-obsessed friend from high school is probably all about it. The album is called We Are the Doorways, and RJ has donned a new persona, “the Insane Warrior” — a so-called “inverted version” of himself.

“Thrust and Gain” is a grandiose introduction track that emphasizes dynamics instead of RJ’s innate ability to slice a loop into submission. It reminds me of an Alan Hawkshaw track from an old Bruton vinyl, like the background music to an awesome documentary from the ‘70s. A little over a minute into the second track, “The Water Wheel,” RJD2 unleashes an unrelenting barrage of Hammond B-3 and a thick layer of Korg synth bass — now, this is the RJD2 I missed. You can tell he is having fun with this track, and that’s really what most fans want to hear. It just gets heavier and heavier from there and he really takes that vintage mellotron sound and re-launches it into modernity. “Then You Hear the Footsteps” morphs into an entirely different song mid-way, a shape-shifting technique found throughout the album. “Black Nectar” pairs a high-pitched funkadelic synth squiggle with wubby bass line that takes me back to my childhood days of playing Toejam and Earl: Panic on Funkatron while drooling helplessly on my grandmother’s shag carpet. He maintains the retro prog-rock vibe throughout the album, with the exception of “Saint Ignatius Belsse,” which staggers with light chimes, a waxy Rhodes and light percussion.

The DJ Shadow-style producers never had much impact hip-hop as a whole and probably never will because they are perceived as pompous and void of authenticity. I don’t think of this as a handicap, but a freedom to redefine the constricting norms of the genre. Similar attempts at experimentation by hip-hop mainstays are usually greeted with indifference if not flat-out resistance, with the exception of pioneers like J Dilla or Madlib — i.e. don’t expect to see tangential dabblings in psychedelia from the likes of DJ Premier, Showbiz or Pete Rock. Unfortunate as it may be, white hip-hop producers/artists are often granted greater leeway when it comes to projects like RJD2’s We Are The Doorways.