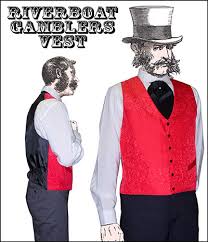 INQUIRER: If Harrah’s Entertainment and the Foxwoods Casino partners are interested in using the SS United States as the centerpiece of their proposed South Philadelphia gaming hall, they aren’t showing it. On Monday, supporters of the derelict ocean liner publicly unveiled their vision for restoring the historic ship and incorporating it into an ambitious casino complex on the Delaware waterfront. The 990-foot vessel would have to be moved about three-quarters of a mile north from its berth at Pier 82 to the 16-acre Foxwoods site. However, lawyers for Foxwoods and Harrah’s appear more focused on working out their own plan than entertaining a radical new concept for the project. They have until Dec. 10 to present the Pennsylvania Gaming Control Board with definitive agreements on financing and managing a $275 million casino on Columbus Boulevard, between Tasker and Reed Streets. Harrah’s and Citizens Bank, a creditor of the Foxwoods project, would become equity partners in the new venture. Harrah’s, in turn, would operate a 60,000-square-foot “Harrah’s Horseshoe” casino. MORE