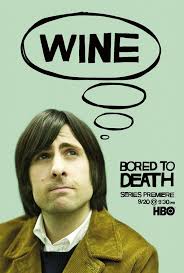 On the HBO comedy Bored to Death, Jason Schwartzman plays Jonathan Ames, a struggling writer who turns to unlicensed private-detective work after flailing in both his writing and his personal life. (The character was created by real-life writer Jonathan Ames, who is also one of the show’s executive producers.) Bored to Death, which co-stars Ted Danson and Zach Galifianakis, follows Schwartzman’s character around as he tries to emulate his favorite fictional detective — Philip Marlowe. After getting the part, Schwartzman tells Terry Gross, he had very specific ideas about the ways his character should be portrayed. “Basically, I said I shouldn’t be a bumbling private detective, ” he says. “Yes, it’s a comedy, but [I said] I should really be the best private detective I could be, especially when I’m meeting with clients.” Schwartzman’s character successfully solved his first two cases in the show’s debut season. But the detective work has been getting progressively harder this season: Schwartzman has already been beaten up and kidnapped. “During the first season, I was just starting out and a lot of my cases were strange and kind of nonthreatening,” he says. “As we’re going on this season, the stakes are higher and I could really die.” Schwartzman’s films include Rushmore, I Heart Huckabees, The Darjeeling Limited and this year’s cult comedy Scott Pilgrim vs. the World.