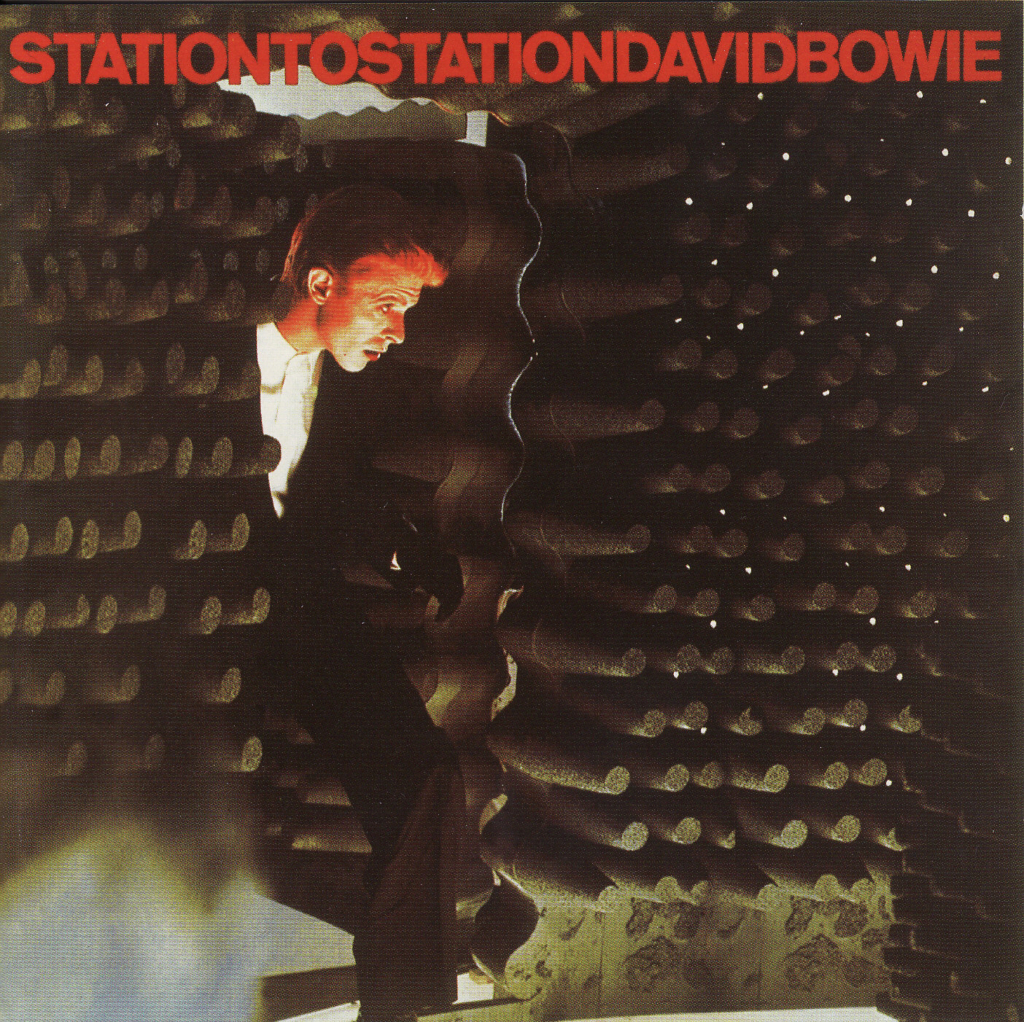 We are excited to announce the release of a 3-CD Special Edition and 5-CD, DVD and heavyweight vinyl Deluxe Edition of David Bowie’s hugely influential 1976’s album, Station To Station.  “The return of The Thin White Duke…”  So begins David Bowie’s 10th studio album.  In part influenced by his role in Nicolas Roeg’s film The Man Who Fell To Earth, ever the innovator, Bowie became the character The Thin White Duke; a composite, part his character from the film, alien Thomas Jerome Newton, part Buster Keaton and part European cabaret artist. Touching on his love of German electronic bands, American R&B and even film music plus the talents of his American band, Bowie crafted an album drawing on both European and American sensibilities; a transition between his recent Plastic Soul period and what would become his re-acquaintance with European culture when he moved to Berlin the following year.

The opening 10-minute title track leaves the listener in no doubt that another ground-breaking Bowie transformation is taking place.  From the sound of a moving train and two-note intro, through the introduction and intention of The Thin White Duke – taking in Crowley, Cocaine and Kabbalah and Romanticism – the song is a piece of paranoid and dislocated electronic-funk.  This is followed by the distinctive UK and US Top 10 single Golden Years, which hints at the funk and soul of his previous album, though a more regretful lyric urges the listener to “run for the shadows.”  Word On A Wing is the first of the album’s two ballads, with a decidedly Christian theme – a song which in later years Bowie said was something of a cry for help.  The back-to-back TVC15 and Stay provide the album with a funkier feel, the former having said to have been influenced by being sprawled in front of a dozen TV monitors and a dream about a girlfriend being eaten by a TV set.  A great admirer of Nina Simone’s version of the song, the album’s second ballad and final track is a cover of Dimitri Tiomkin and Ned Washington’s ballad Wild Is The Wind, generally considered an inspired and classic Bowie vocal performance.

Station To Station was a top 5 success in the UK and US.  It would, as many commentators said, divide the decade for Bowie.  He thereafter left the US for Berlin with Iggy Pop and embarked on a journey which saw the creation of his seminal Berlin Trilogy, as well as playing a major role in Iggy’s acclaimed The Idiot and Lust For Life albums. We have a copy of the 3-CD Special Edition, which includes the much bootlegged live favourite and previously unreleased Live Nassau Coliseum ‘76, to give away to the first Phawker reader to email us at FEED@PHAWKER.COM with the answer to the following question: Name the two longtime Bowie sidemen/guitarists that are both claiming exclusive authorship of the signature riff to “Golden Years.” Include your mailing address and cellphone number for confirmation. Good luck and godspeed!

UPDATE: We have a winner, thanks to all for playing.