As an American journalist in Japan, Jake Adelstein uncovered a world unknown to many of the Japanese public, let alone to foreigners: the world of organized crime. For 12 years, he investigated for Japan’s largest newspaper, the Yomiuri Shinbun. In his final story, Adelstein went toe-to-toe with one of the country’s most notorious crime bosses, a discovery that led to death threats for him and his family — death threats that have yet to be lifted. His new memoir about his experiences is called Tokyo Vice: An American Reporter on the Police Beat in Japan. After leaving the paper in 2005, Adelstein was chief investigator for a U.S. State Department-sponsored study of human trafficking in Japan. Today he is considered one of the foremost experts on organized crime in Japan, and works as a writer and consultant in Japan and the United States. Adelstein is also the public relations director for the Washington, D.C.-based Polaris Project Japan, which combats human trafficking and the exploitation of women and children in the sex trade. He joins Terry Gross to talk about that work, his book and the organized-crime landscape in Japan.

Before Jonathan Kuniholm served in a tour of duty in Iraq, he worked for Tackle Design, an industrial design, research and development firm. After that tour, he was missing part of his right arm — he’d lost it when his Marine patrol was ambushed near Haditha. When Kuniholm returned to his design shop, he brought along three prosthetic arms given to him at Walter Reed Medical Center — the same body-operated hook many veterans have used since World War I, a shorter utility prosthetic, and a new, state-of-the-art myoelectric arm. Each one had its drawbacks — and when Kuniholm and his Tackle Design colleagues disassembled them, they quickly concluded they could improve upon the design. They founded the Open Prosthetics Project, an open source collaboration that makes its innovations available to anyone. And Kuniholm signed on with Revolutionizing Prosthetics, an initiative of the Defense Advanced Research 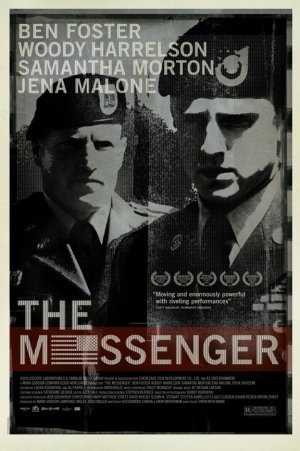 Projects Agency, or DARPA. Kuniholm’s story — including the details of his injury and how his experience in Iraq has shaped both his work and views of the war — is featured in Michael Belfiore’s new book, The Department of Mad Scientists: How DARPA Is Remaking Our World, from the Internet to Artificial Limbs. He joins Fresh Air contributor Dave Davies for a conversation about the Open Prosthetics Project and its goals.

ALSO, fresh off his endearingly oddball turn as a Twinkies-crazed zombie-slayer in Zombieland, Woody Harrelson stars in two new films this month: 2012 and The Messenger. The former is another post-apocalyptic fable, but the latter, directed by Oren Moverman, is a soberer sort of story — a drama about two American soldiers tasked with delivering death notices to the families of their fallen comrades. Harrelson plays Capt. Tony Stone, a feisty veteran of the Army’s Casualty Notification service. He’s partnered with Will Montgomery (Ben Foster), who’s just returned from Iraq — and as bearers of the worst news, the two soldiers form a cathartic bond. The film opens Nov. 13, and Harrelson’s performance is already generating Oscar talk. He joins Fresh Air contributor Dave Davies for a conversation about the film.

Forty years ago Sesame Street debuted, signally the arrival of a new role for television – developing the minds of its youngest viewers. Two million viewers tuned in to PBS that day. Today versions of the show air in 140 countries around the world. In this hour of Radio Times we look at Sesame Street – its impact and how it revolutionized children’s TV.

In his first non-fiction book, “Eating Animals,” author Jonathan Safran Foer takes on the U.S. meat industry and the large factory farms that dominate it, as well as the lies we tell ourselves about eating animals. Foer is the author of “Everything Is Illuminated,” and “Extremely Loud and Incredibly Close.”

Jonathan Safran Foer published his award-winning first novel, Everything Is Illuminated, at the age of 25. “Rarely does a writer as young as Foer display such virtuosity and wisdom,” raved the Washington Post. His next novel, Extremely Loud and Incredibly Close, became a national bestseller. Synthesizing philosophy, literature, science, and Foer’s own detective work, Eating Animals explores the fictions that we use to justify our eating habits–from folklore to family traditions–and reveals how such tales can justify an ignorance of the realities of the food industry.

Since the 2007 release of Fort Nightly, White Rabbits‘ members have developed a reputation for energetic indie-rock. Touring with a series of bands such as The Walkmen and Spoon, the group captivated audiences across the country with its lively performances. Intense rhythms and sweeping, melodic choruses typify White Rabbits’ catchy and at times sinister sound — a blend of rock, reggae and ska the members describe as “honky-tonk calypso.” They intertwine tinkling piano riffs and heavy-handed guitars, transforming straight-ahead pop hooks into something more adventurous. Two years after the release of Fort Nightly, White Rabbits just released It’s Frightening, produced by former tourmate Britt Daniel of Spoon. In this interview with World Cafe, the band members discuss how Daniel became producer due to a fortunately misplaced text message.