BY EVA LIAO TOKYO CORRESPONDENT Simply put, I don’t LOVE Tokyo. But sometimes I’m not even sure I LIKE Tokyo. It’s not an opinion I like to voice, especially since I assume most of the people living here are huge Tokyo proponents. And I’m not a wet dish rag kinda gal- there’s usually no point in complaining, especially to people who probably disagree. When people ask me what I really think of Tokyo, I feel like I’m not supposed to tell the truth. Sometimes I lie. I fear my reasoning for disliking Tokyo will come up short, that my opinions are the ignorant and ill-informed opinions of a foreigner. And if one more person tells me the only reason I don’t like it here is cause’ I’m not getting laid, I’ll vomit all over them. Because as much as I hate to admit it, it’s probably true. And bitterness is NEVER a good defense.

But now that I am contemplating returning back to America, I feel it’s as good a time as any to let it all hang out. Besides, at this point, it’s more daunting to avoid answering than it is to tell the truth. So I’m gonna go ahead and do something I don’t usually do: I’m gonna talk a whole lotta shit.

–It’s fucking crowded. In Tokyo, you are always in someones way. Rush hour train rides are a claustrophobic persons worst nightmare. You are never ALONE, and I for one, love being alone.

–Space, in all definitions of the word, is limited. There is something very wrong when someone can touch all four corners of their apartment while sitting in the middle of the room and still pay $900 for rent.

–According to a 2009 BBC report, Tokyo is the most expensive city to live in for expats. I’m still bitter about the 18$ movie ticket.

–Fruits and vegetables are scarce and way overpriced,  which is a downer if you’re part hippie. Or from Los Angeles. 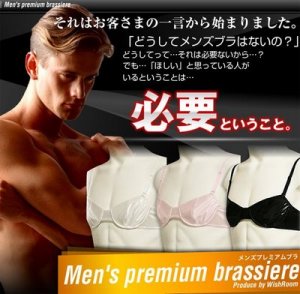 –Men in Tokyo wear BRAS! Men in Tokyo wear high-heels. Men in Tokyo carry purses. They spend more money at the salon than I do (and I get jealous when they’re prettier than I am). Men in Tokyo cannot grow facial hair. The fact that Japanese man are more effeminate than western men is true.  What’s relative to me is that I miss big dirty, smelly guys with mutton chops and dirty staches’.

–Tokyo is crazy superficial and materialistic. Consider this: In Japan, “a population not even half as large as that of the United States consumes an incredible 41 percent of the entire world’s luxury goods.” Say what?! “An area only about the size of Montana, Japan is studded with 34 Bulgari stores, 37 Chanel stores, 115 Coach stores, 49 Gucci stores, 64 Salvatore Ferragamo boutiques, 50 Tiffany & Co. boutiques, and 252 stores of the LVMH Group, a conglomerate of many of the world’s leading brands including Louis Vuitton, Donna Karan, Marc Jacobs, Berluti, Moet & Chandon, TAG Heuer and De Beers LV, a joint venture with the world’s leading diamond group.” People here spend a lot of time and money keeping up with the Joneses’.

–In this country, feigning rape is considered a turn on. Japanese women pretend to dislike sex to please their partners. There are so many things wrong with that situation, I could write a book about it.

–People here don’t break rules. They don’t even know how, which is like, really sad.

–There is no public transportation past midnight.

But in the end, all that stuff is inconsequential. It’s a small price to pay to live in one of the great cities of the world.  It’s not like London and New York are perfect, either. And if crowds and shopping and rape are your thing, well then, Tokyo is like a shopping rapists paradise come true!

But seriously, my dislikes for Tokyo are more personal, and I feel bad ragging on Tokyo cause’ I know it’s not her fault. She’s actually really pretty at all lit up at night with her symmetrical buildings and flashing signs. It’s just that there are some things I can’t seem to accept, that’s all, and I want to make clear that I am in no way arguing that my culture is better or that Japanese culture is worse. The following dislikes are based much more on personal preference than anything else. MORE

EDITOR’S NOTE: Assistant Editor Eva Liao is curretly living in Tokyo where she is studying Japanese in an intensive two year program that will, upon completion, certify her to conduct business in the Land Of The Rising Sun. She will be dropping us letters semi-regularly about her experiences as a stranger in a strange land.