The first ever YouTube, starring YouTube co-creator Jawed Karim, is incredibly lame. Nonetheless, it has been viewed 805, 990 times.

THE TELEGRAPH: Innumerable jaded web entrepreneurs will tell you how easy it is to get thousands of people to glance at a site, but how tortuous it is to get people to stick around or even come back again the

following day. Not only do you have to fulfill a desire that people didn’t even realise that they had, but it has to be done with such style and panache that your service becomes indispensable. While the internet may have dismantled many of the traditional barriers to reaching us, the general public, if your idea is anything less than sensational, we will flatly ignore it.

But YouTube was sensational. Prior to its launch, creating a videoclip for someone else to watch online was an arcane and deeply frustrating procedure of digitization, encoding and embedding that was way more trouble than it was worth – not least because incompatible technologies meant that many people wouldn’t be able to watch it. But from humble beginnings in a room above a pizzeria in San Mateo, California, Hurley, Chen and Karim made the process simple, they made it relatively quick, and above all else, they made it free.[…]

But while its staggering popularity is without question – some 345 million visitors worldwide descend upon the website every month – it is hemorrhaging cash. The question of exactly how unprofitable it is continues to be the source of fierce debate online; back in April, analysts at Credit Suisse estimated that its operating losses for this year would reach $470m, while San Francisco-based IT consultants RampRate were more optimistic, but still put the figure at just over $174m. Google aren’t rushing to put an end to speculation over the scale of the debt. One thing is abundantly clear from both studies: Google isn’t making money by letting everyone and their aunt share videos with each other for free. And the news last week that founder Steve Chen was leaving YouTube to work on other projects at Google kicked off another flurry of rumours as to its possible fate. MORE 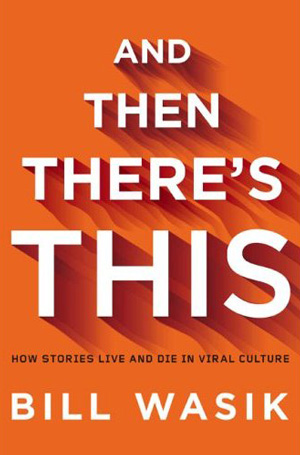 FRESH AIR: Journalist Chris Anderson believes that businesses can profit by giving their material away on the Internet. His new book Free: The Future of a Radical Price explains how “free” can become a marketing technique, helping businesses gain credibility in an economy that increasingly values reputation. The editor-in-chief of Wired magazine, Anderson is the author of The Long Tail. Previously, he was U.S. business editor at The Economist.

RADIO TIMES: Earlier this spring a homely British woman named Susan Boyle wowed the judges on a British talent show, the audience with her singing, and those of us who received the internet video and immediately send it off to our friends. As soon as we knew her name, she has largely disappeared from the internet and from the media. Our guest, BILL WASIK says this is an example of a nano-story and says the culture is full of them—how anyone on a computer can contribute to a viral spreading of the AIG bonus outrage and the naming of the Obama family dog. He explains that these stories are like living organisms that grow quickly but die out in a matter of days. BILL WASIK is a senior editor at Harpers Magazine and is author of And Then There’s This: How Stories Live and Die in Viral Culture.