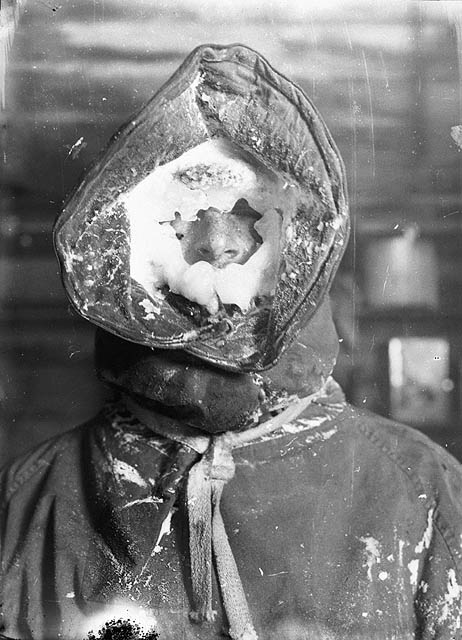 ACCUWEATHER: During the day Monday, the heaviest snow will spread throughout New England. At the same time, storm will wind down over the mid-Atlantic. Disruptive snowfall will reach 3-6 inches along a narrow band through the Carolinas to Virginia, Maryland, Delaware and southeastern Pennsylvania. Travel will be difficult Sunday night into the Monday morning rush. Northeastward from New Jersey, including greater Philadelphia and New York City, snowfall will reach at least 6 inches in a swath that will broaden over most of New England. MORE

SEATTLE POST-INTELLIGENCER: A video showing a King County Sheriff’s deputy pummeling a 15-year-old girl in a holding cell was released Friday over the strenuous objections of the officer’s attorney. The case goes beyond police misconduct, County Prosecutor Dan Satterberg said in a prepared statement. “It’s about criminal misconduct. And that’s why he needs to be prosecuted,” he said. The video of the Nov. 29 incident was disclosed Friday, one day after Deputy Paul Schene, 31, pleaded not guilty to misdemeanor assault in King County District Court.

The girl was arrested after she was caught in her parents’ car, which had been reported stolen from her

parents’ Tukwila home. Deputy Travis Brunner spotted the car driving without headlights about 3:45 a.m. on 32nd Avenue South in SeaTac and pulled it over. She and another 15-yearold girl were arrested and taken to SeaTac City Hall to be fingerprinted before being transported to the youth detention center. The video shows Schene and Brunner as they escorted the girl into the holding cell. Schene had asked her to remove her basketball shoes, and, as she slipped out of her left shoe, she appeared to kick it at Schene.

Schene then lunged through the door and kicked her, striking either her stomach or upper thigh area, court documents say. He pushed her against a corner wall before flinging her to the floor by her hair. He then squatted down on her and made “two overhead strikes,” although it’s unclear where the blows landed. The detective who reviewed the video said it appeared Schene and Brunner had the girl under control when Schene struck her. Schene, who is 6 feet 2 and weighs 195 pounds, did not explain his action to investigators, court documents say. MORE

INQUIRER: More than 108,000 drivers have been ticketed for operating handheld cell phones since a New Jersey law gave police authority to pull drivers over for the offense last March. That’s more than 300 tickets a day between March 1 and Jan. 30, according to the state’s Division of Highway Traffic Safety. New Jersey is one of a growing list of states to crack down on the use of handheld phones by drivers. The state’s law also prohibits texting. Talking on a handheld phone has been illegal in the Garden State since 2004. But until March 1, 2008, officers could issue a ticket only if a driver was pulled over for another infraction. The number of citations written for the offense has skyrocketed, more than tripling in most counties in 2008. Essex and Bergen Counties had the highest number of tickets, according to the state. Salem, Sussex, and Cape May Counties had the lowest. Today, New Jersey officials will celebrate the first anniversary of the statute with the launch of a pilot program to target drivers using handheld phones. Eighteen police departments in Gloucester, Mercer, Atlantic, Bergen, Cape May, Morris and Union Counties have received grant money to conduct a two-week enforcement effort. MORE

KIMMEL CENTER: With the release of his first album, Songs of Leonard Cohen, in 1967, Leonard Cohen emerged as one of the most influential figures of the singer-songwriter movement of the late Sixties and early Seventies. Cohen’s body of work has achieved greater depths of mystery and meaning over the past four decades, and his songs have relentlessly examined issues of spirituality, sex, religion and power — with full appreciation that there are no easy answers to the questions he raises.  As part of his first U.S. tour in fifteen years, Leonard Cohen will appear at Philadelphia’s Academy of Music for one show only on Tuesday, May 12. Mr. Cohen’s recent appearances in Europe, Australia, Canada and New York have been overwhelmingly received with more than 80 five-star reviews, prompting Rollingstone.com to hail New York’s recent Beacon Theatre engagement as “an unbelievable gift to the world.” TICKETS GO ON SALE TOMORROW.  MORE

ROCK SNOB ENCYCLOPEDIA: Patron saint of life’s beautiful losers. With a lyrical acuity far beyond those of mortal men and a baritone that sinks lower than the submarine in Das Boot, Leonard Cohen has forged a craggy reputation as the quintessential singer/songwriter’s singer/songwriter–not bad for a guy who, technically speaking, can’t even sing. […]  Having established himself in the literary world, Cohen began seeking entree into the music scene. The timing could not have been more perfect, with Dylan having opened the door for poets to be pop stars and conversely raising the songwriting bar to the degree that pop stars now had to be poets. In 1968, he

released Songs of Leonard Cohen, narrating his poems of romantic despair and existential desolation in a resonant sing-speak style against a spare acoustic guitar backdrop. This was essentially the sonic template for all of his earlier recordings, aptly surveyed on 1976’s The Best of Leonard Cohen–the ideal starting point for Cohen neophytes. After experimenting with Phil Spector’s “Wall of Sound” production style and mariachi horns in Death of a Ladies Man and Recent Songs, respectively, Cohen began cloaking his droll narratives in synth-driven arrangements, utterly nailing this formula on 1988’s I’m Your Man. Cohen’s worldview became increasingly pessimistic as evidenced by this stanza from his signature song, “Everybody Knows”: “Everybody knows that the dice are loaded/ Everybody rolls with their fingers crossed/ Everybody knows the war is over/ Everybody knows that the good guys lost.” MORE

LEONARD COHEN & U2: Tower Of Song