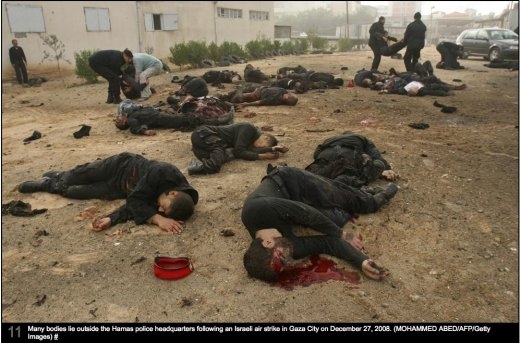 NEW YORK TIMES: And so for an 11th day of Israel’s war in Gaza, the several hundred journalists here to cover it waited in clusters away from direct contact with any fighting or Palestinian suffering, but with full access to Israeli political and military commentators eager to show them around southern Israel, where Hamas rockets have been terrorizing civilians. A slew of private groups financed mostly by Americans are helping guide the press around Israel.

Like all wars, this one is partly about public relations. But unlike any war in Israel’s history, in this one the

government is seeking to entirely control the message and narrative for reasons both of politics and military strategy. Israelis say the war is being reduced on television screens around the world to a simplistic story: an American-backed country with awesome military machine fighting a third-world guerrilla force leading to a handful of Israelis dead versus 600 Gazans dead.

Israelis and their supporters think that such quick descriptions fail to explain the vital context of what has been happening — years of terrorist rocket fire on civilians have gone largely unanswered, and a message had to be sent to Israel’s enemies that this would go on no longer, they say. The issue of proportionality, they add, is a false construct because comparing death tolls offers no help in measuring justice and legitimacy.

There are other ways to construe the context of this conflict, of course. But no matter what, Israel’s diplomats know that if journalists are given a choice between covering death and covering context, death wins. So in a war that they consider necessary but poorly understood, they have decided to keep the news media far away from the death. MORE

RELATED: Joe The Plumber is putting down his wrenches and picking up a reporter’s notebook. The Ohio man who became a household name during the presidential campaign says he is heading to Israel as a war correspondent for the conservative Web site pjtv.com. Samuel J. Wurzelbacher (WUR’-zuhl-bah-kur) says he’ll spend 10 days covering the fighting. He tells WNWO-TV in Toledo that he wants to let Israel’s “‘Average Joes’ share their story.”Wurzelbacher gained attention during the final weeks of the campaign when he asked Barack Obama about his tax plan. He later joined Republican John McCain on the campaign trail. At one stop, he agreed with a McCain supporter who asked if he believed a vote for Obama was a vote for the death of Israel. MORE 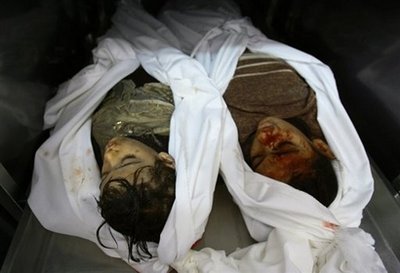 PREVIOUSLY: Death From Above