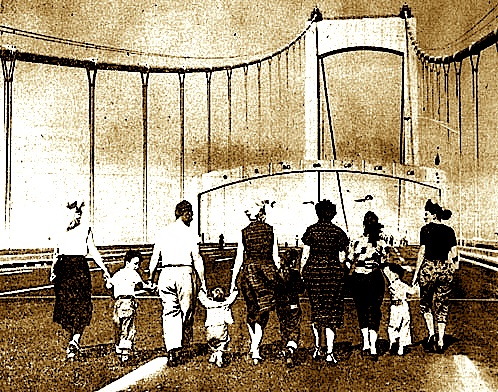 BY DAVE ALLEN Having been a frequent visitor to Philly for years, I finally broke down and moved here at the end of July. Well, not quite “here.” I moved to the suburbs, south and east of the city in Gloucester County, New Jersey. For three months, I’ve been a commuter, coming to “the city that is devoured by locusts each day and spat out each night,” as E.B. White said of NYC’s suburb-dwelling workforce. For three months, I’ve been a locust.

But no more. This Saturday, I move into an apartment in the city. It’s a decent-sized one-bedroom place in a great neighborhood. It’s certainly a step up from the upstairs bedroom I currently share with my girlfriend. It might even be a little nicer than I can afford right now. I’m not accustomed to such opulence; I was once a graduate student, and then a low-wage scribe, in one of America’s less-savory cities. (Enjoy that late-October blizzard, old friends.)

The move couldn’t come at a better time. Colder weather is putting an end to eating lunch in the park behind Independence Hall, the increased bridge tolls and PATCO fares (eff you, Delaware River Port Authority) are scorching my bank account, and crouching in coffee shops to write and use wireless is growing tiresome. I didn’t get to stick around until the wee small hours celebrating the World Series win, but I’ll soon be able to stagger home from bars whenever I damn well please, without worrying about catching a late-night train or being lucid enough to drive once I reach the Westmont station. I’m saying goodbye to the feeling that I’m not at the center of things and that I’m somehow out of touch because I live on the other side of the river.

Not that my time on the duller side of the Delaware hasn’t been worthwhile. I’m certainly grateful to my girlfriend’s family for putting me up and and for putting up with me, and the tranquility of South Jersey’s flat pastures and subdivisions has been good for reflection and relaxation between assignments. I can brag to my old trivia buddies in upstate New York that I’ve dominated quiz nights at places in two states. I’ve even used my location to contribute my intrepid reporting and music knowledge to one of South Jersey’s finest publications.

It’s high time to make this move, though. I’m done with this commute and with arriving home super-late after shows and rehearsals. Time previously spent tortuously mulling over my reviews while behind the wheel will now be spent actually writing them. My girlfriend can hop out of bed and walk to work instead of slogging through traffic on 295 and waiting on the PATCO platform through high winds and low temperatures (I’ll probably be taking the bus, though). Citizen Mom and I have been in the same ‘hood since July. Sorry we never grabbed that cup of coffee, CM. I might be back when it’s time to raise kids, but for now, a young, not-exactly-hip guy’s gotta do what he’s gotta do.

Driving across the Ben Franklin this past weekend, I saw a banner on a beam above the roadway: “Fightin’ to the Finish!” It’s not just true for the Phils. Between packing, paying rent and security deposits, and worrying over what the future holds, getting ready for this move has been a struggle. It’s not an easy decision to trade comfort and familiarity for the strange and the new. With apologies to My Favorite and music writer Chris Porter, the suburbs aren’t killing us. But I definitely feel like we’ve been asleep when we should be dancing.