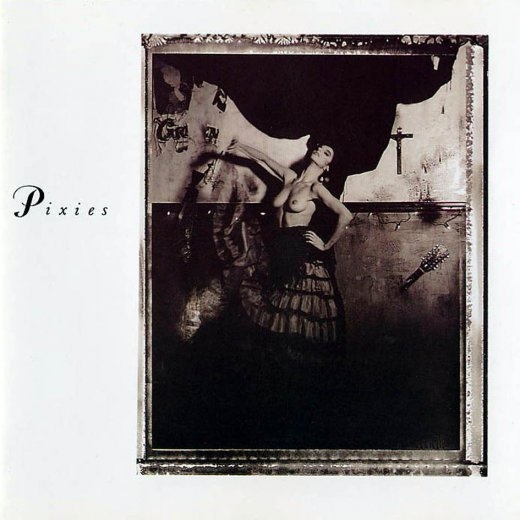 All Good Monkeys Go To Heaven

BY JONATHAN VALANIA A word of warning: This is gonna be one of those columns where I go on and on about my little monkey shines with famous alt-rock personalities. Millions of people love it when I do that, but others seem to get very, very angry about it, stomp their feet and write mean letters that hurt my feelings. If that sounds like you, stop reading right now. I’m serious. I don’t want to even see you in the second paragraph.

Set the Wayback Machine to 1988. I’m a college DJ stranded in the middle of Pennsyltucky. Entranced by the naked boob on the cover of Surfer Rosa, I slap it on the turntable and…they had me by the first 20 seconds of “Where Is My Mind?” and never really let go. Shortly thereafter I got a gig working for a Pennsyltucky daily. They asked me one day if I wanted to interview some guy named Black Francis from the Pixies. Would I? Man, this was a dream come true! I could finally learn the WTF of lyrics like, “He bought me a soda, he bought me a soda/ And he tried to molest me in the parking lot.”

When I got him on the phone, he was no doubt bone-tired from endless touring and weary of answering stupid

fanboy questions. He insisted I call him Charles and pretty much refused to give me a straight answer to any question. “Who cares?” he’d say. “We just try to make cool rock music.” I remember thinking: what a dick.

The next Pixie I met was Kim Deal, around 1994. The Breeders had just broken huge, and somebody had given Kim’s sister Kelley a copy of my band the Psyclone Rangers‘ debut album. Kelley listed one of the songs as one of her 10 favorites that year in Rolling Stone’s end-of-the-year wrap-up.

So I get her on the phone and we hit it off, and she invites me and the band to come hang out backstage at the Philly stop of Lollapalooza. I don’t remember much except it was hot and muddy and famous back there. The Psyclone Rangers were about to record our next album down in Memphis. We had a song we wanted that patented Deal-sister vocal on, and Kelley quickly agreed to sing on it. The night before she was supposed to fly down she called to say she was too sick to leave town. She sounded pretty out of it. Boy, were we bummed. Was it something we said or did? A few days later, when she got busted for receiving a FedEx envelope full of heroin, we put two and two together.

Fast-forward a year. The Psyclone Rangers are in L.A. playing a special pre-album-release club show for all the music-biz poohbahs. The kid who ran our label always bragged he was friends with Pixies guitarist Joey Santiago and drummer Dave Lovering. Yeah, right! Prove it, we’d always say. That night he did. Apres-gig we’re sitting backstage, and who walks in but the guitar player and the drummer from the Pixies, all smiles and compliments. The Pixies had long since split by then, and Santiago had formed a then-trendy cocktail act called the Martinis. To be honest, it was kind of a letdown: The guys from the Pixies don’t have anything better to do than hang out with chumps like us?

Fast forward a decade. Following Nirvana’s sincere flattery and inspired theft, an entire generation of commercial alt-rock hits built on the Pixies patented song-writing template of lulling verses and volcanic choruses are already in the Where Are They Now? file. Black Francis has become Frank Black, releasing a steady string of increasingly irrelevant solo albums. The Breeders career went up the nose and in the arm of the Deal sisters. The Pixies guitarist went MIA into domesticity and the drummer gave up music to become…wait for it…a magician.

All of which is painstakingly detailed in Fool The World (St.Martin’s Griffin), the just-out he said/she said Pixies bio. Told George Plimpton-style, all in quotes, it reads like a 300-page Spin article and will answer every stupid fanboy question Black Francis stopped answering in 1988. Even more compelling is the 2006 documentary called quietLoudquiet, which sort of turns the reunion tour into reality show. The camera follows them everywhere, including the bathroom. Old dramas like the Kim Deal/Black Francis rivalry seem like ancient history, replaced by more current and pressing concerns, like Deal’s struggle with sobriety and the drummer’s mid-tour meltdown in the wake of his father’s sudden death by cancer.

A coupla years ago, my roommate from college calls me up one day to say the Pixies are getting back together. “Just when I stopped caring,” I said. That wasn’t entirely true. I giddily went to reunion show and contrary to what people who weren’t there the first time around said, they were as good as they ever were. The classic songs seem immune to the ravages of age, and besides the Pixies’ strange allure was never based on the hormones and hair of youth — unlike, say, a band like the Strokes who already seem a bit past it. These days they are all fatter and balder, but, having settled or set aside the irreconcilable differences of the past, and worked through the addiction-rehab-divorce craziness of middle age, they are also wiser.

Something else happened while they were away. This cult band with its weird, noisy songs about UFOs, incest and 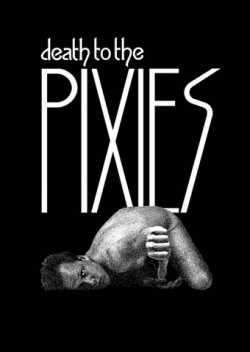 bone machines became more famous in death than they ever were in life. They’ve become part of the great collective alt-rock unconscious — like the Cure or the first Violent Femmes record. Surfer Rosa is on every punky bar jukebox. Jocks crank “Wave of Mutilation” as they race by in Daddy’s car, flipping-off the nerds. And every chick bass player worth her salt has played “Gigantic” until her tits practically fell off. When I saw the Pixies reunion, 20,000 people sang along with every word of “Where Is My Mind?” Judging by the median age of the crowd, most were still in short pants when the song first came out. It would seem that the Pixies have become, dare I say it, folk music.

I suppose we all learned something along the way: Kim can’t be around alcohol; Black Francis needs to lay off the buffets; the guitarist looks a lot cooler with no hair and the drummer needs to finalize his divorce from Vicadin. For me, it’s that Black Francis was right all along. All that soap opera jive? What does it really matter in the end? Especially when the only thing worth remembering is this: If man is five, then the Devil is six and God is seven. Or to put it another way, the Pixies were just four kids from Boston trying to make cool rock music whose monkey died and went to heaven.