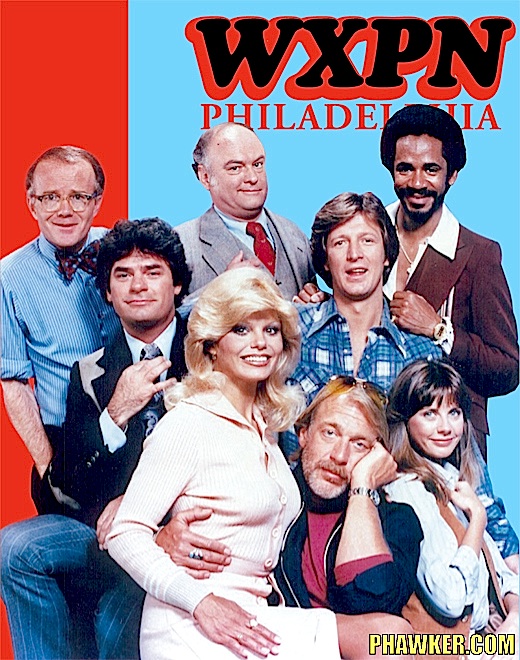 We would like all visitors to XPN events to feel comfortable and as part of a community.  WXPN staff and volunteers should not wear partisan political shirts or buttons when working an XPN event.  Thank you!

WASHINGTON POST: Obama’s August total easily outpaced Republican John McCain, who raised $47 million during that month, a personal best. Obama broke the record $55 million he raised in February and has taken in nearly half a billion dollars since he launched his presidential bid at the beginning of 2007. Obama started September with $77 million in the bank and, because he opted out of the public financing system, will be able to raise as much as he can between now and Election Day. McCain opted to take public money, limiting him to the $84 million he received Sept. 1.

Nevertheless, Obama might not have an overwhelming financial advantage against McCain because of a strong

effort by the Republican National Committee, which has outraised its Democratic counterpart for months. The RNC raised about $23 million in August, and through its various state and federal accounts, the Republican Party started September with more than $110 million at its disposal for the presidential contest, GOP sources said.

Although McCain can no longer raise money for his campaign, he and Alaska Gov. Sarah Palin have aggressive plans to solicit contributions for the RNC. Committee officials said yesterday that there has been a dramatic uptick in contributions since Palin joined the ticket and that online contributions have quadrupled. With the 500,000 new donors Obama attracted in August, the Democrat has received donations from 2.5 million people since he kicked off his campaign. The number of donors is significant, because most have not reached the $2,300 contribution limit, giving Obama a huge pool of supporters to call upon during the final, expensive weeks of campaigning.

Fundraisers for Obama’s campaign said they think September will surpass August in money raised, partly because of a wave of donations after McCain’s selection of Palin. They said the GOP running mate’s conservative positions have helped galvanize the Democratic donor base in ways they had not seen previously. MORE