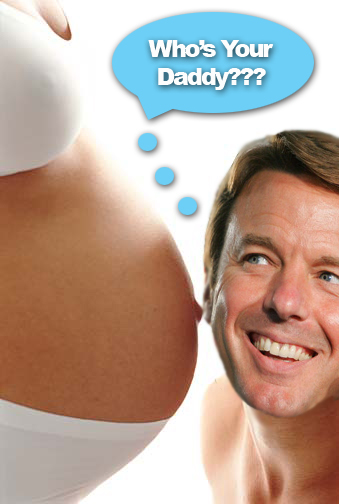 LEE STRANAHAN: Before I dive in, let me get the ‘objectivity’ thing out of the way. As a citizen journalist whose main claim to fame is producing satirical comedy [and the infamous 1984 anti-Hillary ad], I can be upfront about my political leanings. I’m a recovering libertarian and currently I’m a registered Democrat who is excited to be voting for Barack Obama in November. I like John Edwards and up until a few days ago, he would have been my first choice for Vice President on an Obama ticket. I’m far from Puritan — anything two or more consenting adults want to do is fine by me. I also think it’s obvious a person’s sexual life doesn’t keep them from being an effective politician.I’m judging this situation using two standards; 1) what’s the truth? 2) how’s it going to play out in the media?

The truth is that I believe anyone who looks into the John Edwards/Rielle Hunter affair story will see that Edwards has, at best, acted in a very suspicious manner for over a year now. [But] let’s go with the assumption that Edwards is innocent for a moment; he didn’t have the affair so the baby isn’t his. If he didn’t do anything wrong then it seems like he’d have good reasons to stop the rumors. A DNA test months ago would have ended all speculation about the paternity of the baby. Isn’t that a better, less suspicious move than pulling down all the videos that Rielle Hunter helped produce about him for his campaign? And if there are rumors and you’re innocent, WHY go visit the subject of those rumors at a hotel and leave at 2:45 in the morning? Why hide in the bathroom when reporters catch you leaving? These actions don’t make any more sense to me than Craig’s ‘wide stance/dropped my toilet paper’ defense did.

How’s it going to play out? It seems to me that this is going to be a tsunami-sized scandal for the Democratic Party and right now the coming typhoon of press coverage is close to breaking. We’re at the point of calm before the big waves hit but there are signs of the impending deluge…Despite what some people are going to say, this is news. A former Senator and Vice Presidential candidate who was running for President less than six months ago and is now on the short list for Vice President has an long affair during the campaign and fathers a child, covers it up, and then is caught at a hotel with the mother of the child. News! MORE