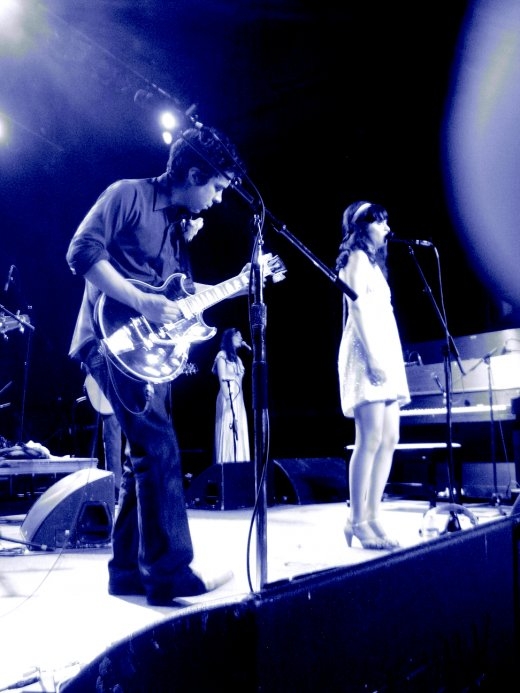 BY JONATHAN VALANIA We’ve all heard the mythic tale of Robert Johnson‘s Faustian bargain with the Devil, struck at the crossroads under a Delta moon. Let’s imagine for a moment that it’s a different night at that crossroads. On this night, the Devil is busy with other things, perhaps plotting the eventual rise of Slayer. And Johnson, well, he’s long since given the Devil his due, probably having second thoughts as to whether unlimited pussy, corn liquor and a little plantation-rock stardom was worth the eternal damnation as he shovels another load of coal into Hell’s blast furnace.

On this night, two moonlit figures converge at that storied crossroads, both carrying guitars. Their names — Skip James and Nick Drake — mean little at the time, but history will be kind to them, affording them both an afterlife of influence and respect that will eclipse their humble career and troubled lives. They pause and eye each other tensely. While James would surely not be surprised to learn the Devil is a white man, one look into his doleful eyes confirms the obvious: It ain’t him. James politely tips his hat and rambles on into the humid American night. Somewhat puzzled by the encounter, Drake waits around for a few moments before he, too, gives up and moves on.

But what if it didn’t go down like that? What if Louis Armstrong were the Devil? What if he showed up on that

night with a horse-leg-sized blunt of his beloved ‘muggles’? What if Skip James and Nick Drake sat down for a spell, passed the peace pipe and took out their guitars and traded songs? What would it have sounded like if James’ kicked-dog blues and Drake’s folksy melancholia got tangled up in a warm Delta breeze? Well, the short answer is M. Ward.

M. Ward is the nom de soft rock of one Matt Ward, a shadowy horse whisperer from Portland, Ore., who has released several albums of Jiminy Cricket porch folk and enigmatic lo-fi attic blues, each invested with a moonlit vibe that suggests there’s a kind of hush all over the world tonight. Ward is deeply self-schooled in all things past, and smart enough to know those who ignore history are doomed to remix it. A sad-eyed troubadour in the hang-dawg tradition of Nick Drake and Tim Buckley, Ward teases high emotion out of low-key compositions, coloring his records with the sepia-toned crackle and hiss of old rural blues recordings, drifty dustbowl sadness and the submarine murk of vintage echo. It’s the pretty, twittering music you usually have to suffer a concussion to hear — and then you hold your head and just watch the concentric halos of birdies and little stars orbiting your noggin. This is the sound of 21st-century porch music, like a Woody Guthrie song about flying saucers or watching Birth Of A Nation on your iPod. It is a nostalgia for a past that never existed, and it all happens out some dreamscape Delta of the mind that Ward is remarkably adept at evoking — where Cole Porter wears a feedcap and kicks it old school at the hootenanny, throwing down a little Bach and Carter Family and nobody raises an eyebrow; where good songs by great songwriters can be freed from the shackles of their dated production values and released into the 21 Century, where they will sound older than dirt and fresher than a newborn — a place where Skip James and Nick Drake can have a hoedown under a pink moon. Where Louis Armstrong is the Devil and, it turns out, the Devil ain’t such a bad guy after all, rolling doobies with a smile, tapping his foot and taking the third verse for himself. What a wonderful world that would be.