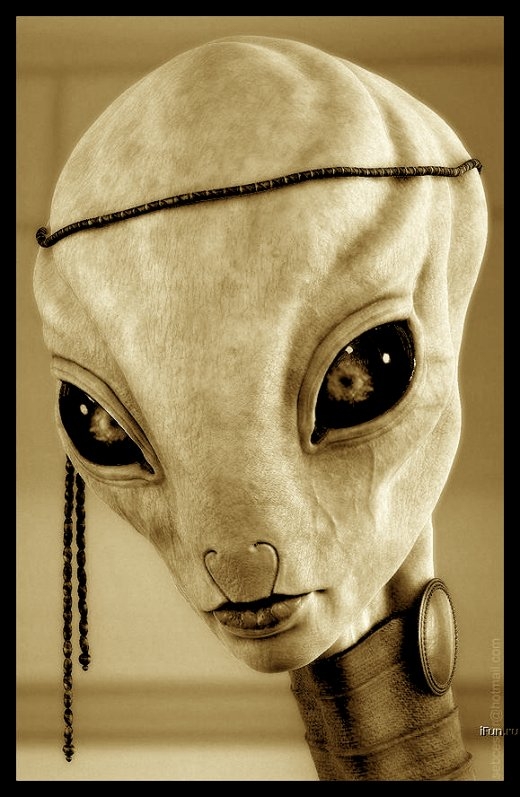 NEWS.COM: Former NASA astronaut and moon-walker Dr Edgar Mitchell – a veteran of the Apollo 14 mission — has stunningly claimed aliens exist. And he says extra-terrestrials have visited Earth on several occasions — but the alien contact has been repeatedly covered up by governments for six decades. Dr Mitchell, 77, said during a radio interview that sources at the space agency who had had contact with aliens described the beings as ‘little people who look strange to us.’

He said supposedly real-life ET’s were similar to the traditional image of a small frame, large eyes and head. Chillingly, he claimed our technology is “not nearly as sophisticated” as theirs and “had they been hostile,” he warned “we would be been gone by now.” Dr Mitchell, along with with Apollo 14 commander Alan Shepard, holds the record

for the longest ever moon walk, at nine hours and 17 minutes following their 1971 mission. “I happen to have been privileged enough to be in on the fact that we’ve been visited on this planet and the UFO phenomena is real,” Dr Mitchell said. “It’s been well covered up by all our governments for the last 60 years or so, but slowly it’s leaked out and some of us have been privileged to have been briefed on some of it.

“I’ve been in military and intelligence circles, who know that beneath the surface of what has been public knowledge, yes — we have been visited. Reading the papers recently, it’s been happening quite a bit.” Dr Mitchell, who has a Bachelor of Science degree in aeronautical engineering and a Doctor of Science degree in Aeronautics and Astronautics claimed Roswell was real and similar alien visits continue to be investigated. Officials from NASA, however, were quick to play the comments down. In a statement, a spokesman said: “NASA does not track UFOs. NASA is not involved in any sort of cover up about alien life on this planet or anywhere in the universe. ‘Dr Mitchell is a great American, but we do not share his opinions on this issue.’ MORE
NEW YORK TIMES: When Astronauts Believe In Aliens
YOU TUBE: Dr. Mitchell On Roswell
YOU TUBE: The Bigger The Lie

WIKIPEDIA: Moon trees are trees grown from hundreds of seeds taken into orbit around the moon by Stuart Roosa during the Apollo 14 mission in 1971. They were used as a way to help connect the American public with the endeavors of their astronauts. After the orbit, the seeds were sent to the southern Forest Service station in Gulfport, Mississippi, and to the western station in Placerville, California, to attempt germination. Nearly all the seeds germinated successfully, and the Forest Service had some 420 to 450 seedlings after a few years (some from cuttings). Some of these were planted alongside their earth-bound counterparts as controls (as would be expected, after over twenty years there is no discernible difference), but most were given away in 1975 and 1976 to many state forestry organizations to be planted as part of the nation’s bicentennial celebration. A Loblolly Pine was planted at the White House, and trees were planted in Brazil, Switzerland, and presented to the Emperor of Japan.

RELATED: THE TRUTH IS STILL OUT THERE

NEW YORK TIMES: I wanted to believe. But with his big-screen blowup of his great and weird television series “The X-Files,” Chris Carter has turned me into a reluctant skeptic. Baggy, draggy, oddly timed and strangely off the mark, “The X-Files: I Want to Believe” is the generally bad-news follow-up to the show’s first feature-film incarnation, “The X-Files.” Released in 1998 and directed by Rob Bowman, one of the show’s regular frontmen, that earlier film was a seamless translation of the series’s paranoid vibe and trademark geek cool. The series supersized nicely, filling the larger spatial dimensions by staying true to its conceptual parameters.Not that it isn’t swell to see Mulder and Scully, the Nick and Nora of paranormal freakouts — a k a David Duchovny and Gillian Anderson — once again trading dark, searching looks under the cover of the long night, or even by bright eerie day. Mulder may be wearing a bushy beard (Mr. Carter builds up the character’s entrance so dramatically I expected something rather more leprous), and Scully looks thinner, more angled, a touch weary. But it’s still them, the sexy renegade agents from the Federal Bureau of Investigation who, for almost a decade, poked into strange goings-on, partly driven by Mulder’s belief that his sister had been kidnapped by extraterrestrials and partly by a work relationship that became something more. MORE