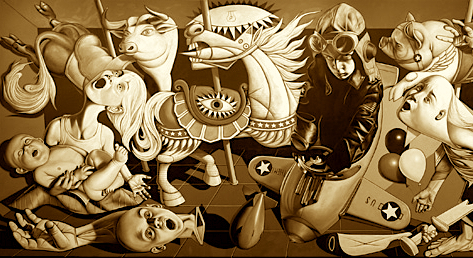 OP-ED NEWS: In a stunning admission, top officials at the Veterans Health Administration confirmed that the agency’s own statistics show that an average of 126 veterans per week —6,552 veterans per year—commit suicide, according to an internal email distributed to several VA officials. Brig. Gen. Michael J. Kussman, the undersecretary for health at the VA, sent the email, dated Dec. 15, 2007. Kussman had inquired about the accuracy of a news report published that month claiming the suicide rate among veterans was 18 per day. “McClatchy [Newspapers] alleges that 18 veterans kill themselves everyday and this is confirmed by the VA’s own statistics,” Kussman wrote. “Is that true? Sounds awful but if one is considering 24 million veterans.” In an email response to Kussman, Ira Katz, the head of mental health at the VA, confirmed the statistics and added “VA’s own data demonstrate 4-5 suicides per day among those who receive care from us.” MORE