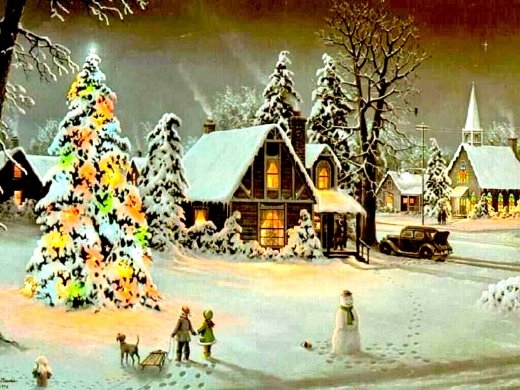 TODAY I SAW a crowd of boys and girls playing with their Christmas toys in front of a dingy brown brick three-story low rise at the Bartram Village projects in the southwest. A couple of the little boys got remote control monster trucks and were making them zip along the concrete path that winds between the clusters of apartment buildings. One boy in a brown parka with a fur lined hood made his truck duck under the low railing made from black-painted metal pipes that follows the entire length of the path. The truck wildly bounded along the patchy grass beyond the railing, rolling over discarded coke baggies and bouncing off empty Olde English cans while the boy’s friends cried out ‘Cool! Cool!’

A slightly older girl, maybe twelve, was playing by the dumpsters that were overflowing with torn gift wrap, colorful ribbons and ripped open toy boxes that were piled up on the ground next to it. She got a running start before hopping up on her right heel and rolling down the street on the wheel embedded in her sneaker. The main road into Bartram Village is set on a hill so she was able to steady herself with the toe of her left foot placed against the back of her right and glide for a good twenty feet before coming to a stop. The she ran a ways back up the hill and did it again.

A police van cruised into the middle of the scene, parking near the crowd of boys and their remote controlled trucks. A stern faced white man and Latin woman both in full uniform climbed from the truck and drew nightsticks as they did. There was another boy, little more than a toddler, watching the others playing from an open third story window and as the police approached his friends called up to him, “cops is comin’.” The little boy disappeared from the window and went to spread the news.

There were groups of older boys in hooded jackets and baggy jeans in the distance, in nearly every direction. They all slowly receded into buildings or around corners and out of sight. By the time the cops got to the door of the building they were looking for Bartram Village was a ghost town.

The cops didn’t stay long; they must not have gotten a very serious call as they were back in the van and pulling out only a couple minutes later. An older boy in a white sweat jacket with its hood up peeked around the corner of another building and as he saw the van fading into the distance he emerged and slowly but steadily walked to the middle of the street so he could keep an eye on the van, making sure it pulled out of the main entrance and onto Woodland Avenue.

When the van was gone the older boys reappeared and the little ones went back to piloting their trucks. A brand new jet black Dodge Charger — with windows tinted impenetrably black and rims like chrome wagon wheels — pulled around the corner and cruised by slowly. Turns out the older boy in the white hoodie who was so concerned about the cops was driving the car. He gave me a hard stare overtop his half lowered window when he pulled past where I was parked.