As host of the NPR news quiz Wait Wait… Don’t Tell Me, Peter Sagal spends a lot of time reading the newspaper. Lately, though, he’s also spent many an hour going to strip joints, a swingers club, a porn-movie set and casinos — among other dens of what some call iniquity. All research, of course, for his new project, The Book of Vice. He wanted to get a perspective on the indulgences of others, and report back to the rest of us.

Is Afghanistan‘s government becoming paralyzed by corruption? We’ll talk with ANDREW WILDER the research director of 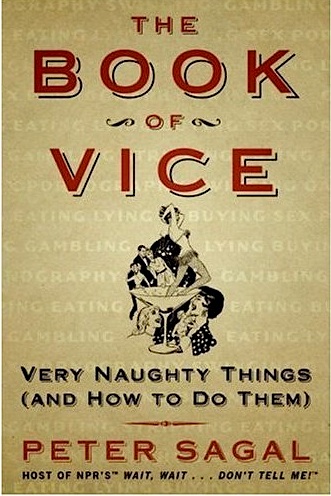 politics and policy at the Feinstein International Center at Tufts University. He specializes in Afghanistan and Pakistan affairs. He says, Afghanistan’s government is viewed as deeply corrupt by citizens as unruly warlords now Have legitimate governing powers. This, he says, is undermining support for Afghanistan’s government and by extension NATO’s military campaign against the Taliban.

Host David Dye welcomes indie newcomers Bat for Lashes to the World Café. The brainchild of England-based singer-songwriter Natasha Khan, Bat for Lashes haunts with a sound that’s at once beautiful, dark, and atmospheric. Recently nominated for the prestigious Mercury Prize, Khan creates sonic drama with a mesmerizing combo of marching band drums, harpsichord, and guitar.

BAT FOR LASHES: What’s A Girl To Do?