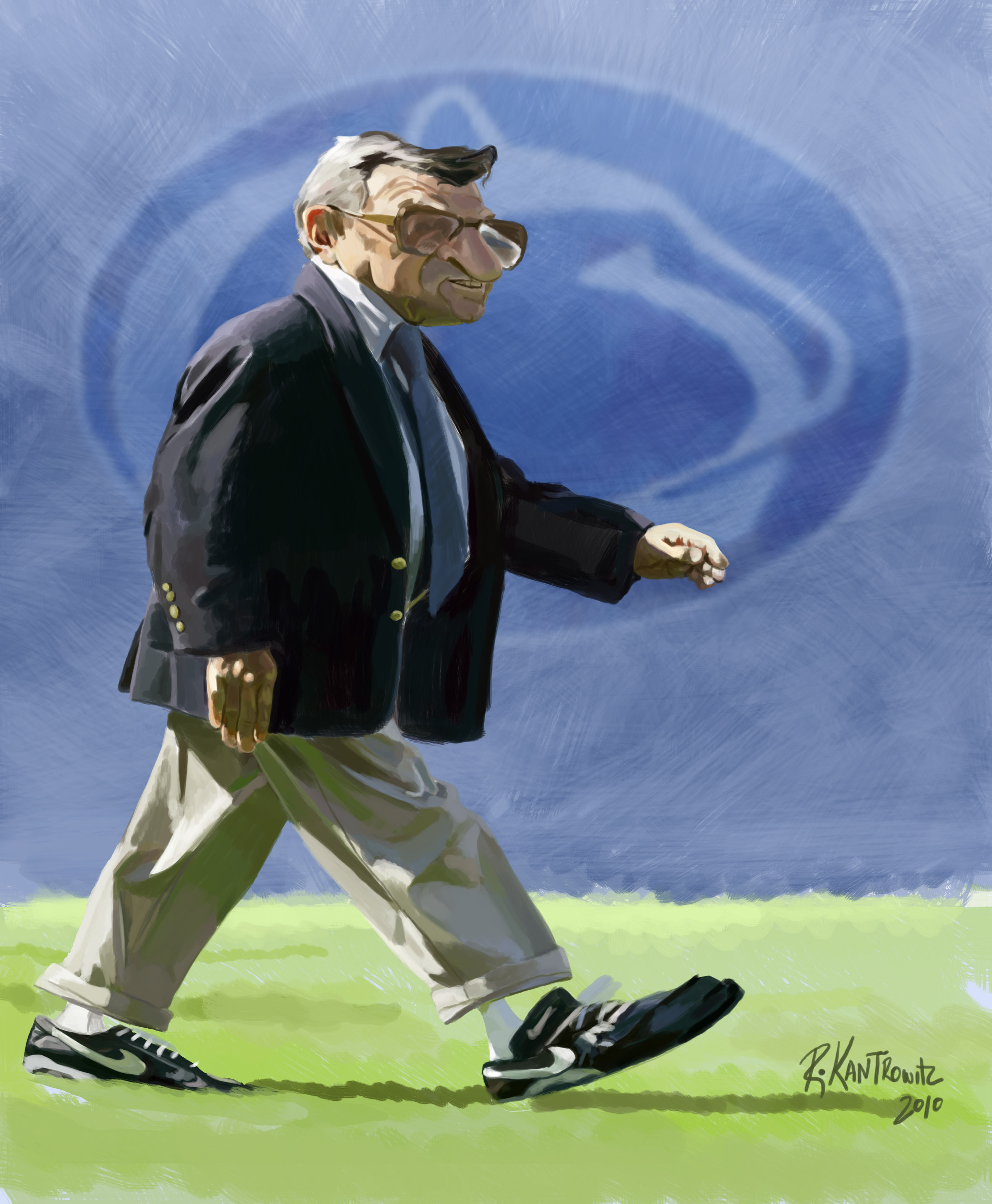 NEW YORK TIMES: Joe Paterno’s tenure as coach of the Penn State football team will soon be over, perhaps within days or weeks, in the wake of a sex-abuse scandal that has implicated university officials, according to two people briefed on conversations among the university’s top officials. The board of trustees has yet to determine the precise timing of Paterno’s exit, but it is clear that the man who has more victories than any other coach at college football’s top level and who made Penn State a prestigious national brand will not survive to coach another season. Discussions about how to manage his departure have begun, according to the two people. Paterno was to have held a news conference Tuesday but the university canceled it less than an hour before it was scheduled to start. At age 84 and with 46 seasons as the Penn State head coach behind him, Paterno’s extraordinary run of success — one that produced tens of millions of dollars for the school and two national championships, and that established him as one of the nation’s most revered leaders, will end with a stunning and humiliating final chapter. MORE

ASSOCIATED PRESS: Penn State’s president abruptly canceled Joe Paterno’s weekly news conference Tuesday amid increasing calls for both men to resign in the wake of a former assistant coach’s sex-abuse scandal and as another potential victim came forward. The news conference was to be the first chance for reporters to ask Paterno about what he knew about Jerry Sandusky, his former defensive coordinator and one-time heir apparent, who was indicted on charges of sexually abusing eight boys over 15 years. ”Due to the ongoing legal circumstances centered around the recent allegations and charges, we have determined that today’s press conference cannot be held and will not be rescheduled,” assistant Athletic Director Jeff Nelson said in a statement. Paterno’s son Scott told The Associated Press that the decision was made by President Graham Spanier’s office. Scott said that his father was disappointed and was prepared to take questions about the scandal as well as the upcoming game against Nebraska. […] Authorities have said that Paterno, who testified in the grand jury proceedings that led to the charges, is not a target of the investigation. But the state police commissioner has chastised him and other school officials fo Pennsylvania state police Commissioner Frank Noonan said Monday in Harrisburg that Paterno fulfilled his legal requirement when he relayed to university administrators that a graduate assistant had seen Sandusky attacking a young boy in the team’s locker room shower in 2002. But the commissioner also questioned whether Paterno had a moral responsibility to do more. ”Somebody has to question about what I would consider the moral requirements for a human being that knows of sexual things that are taking place with a child,” Noonan said. ”I think you have the moral responsibility, anyone. Not whether you’re a football coach or a university president or the guy sweeping the building. I think you have a moral responsibility to call us.” MORE