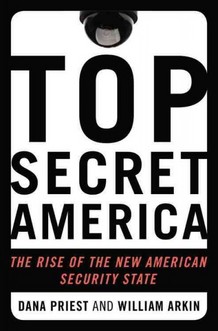 Thousands of government organizations and private companies work on programs related to counterterrorism, homeland security and intelligence. Last December, The Washington Post reported that this “top-secret world … has become so large, so unwieldy and so secretive that no one knows how much money it costs, how many people it employs, how many programs exist within it or exactly how many agencies do the same work.” On today’s Fresh Air, Washington Post national security reporter Dana Priest, the co-author of both the Post’s investigative series and the book Top Secret America: The Rise of the New American Security State, joins Terry Gross for a discussion about how the ‘terrorism industrial complex’ created in response to the September 11 attacks grew to be so big. “The government said, ‘We’re facing an enemy we don’t understand, we don’t have the tools to deal with it, here’s billions … of dollars and a blank check after that for anybody with a good idea to go and pursue it,” she says. “Not only does the government find it difficult to get its arms around itself, [but now] it doesn’t’ know what’s inside, it doesn’t know what works, it doesn’t know what doesn’t work. And nobody still, ten years later, is really in charge of those questions.” MORE