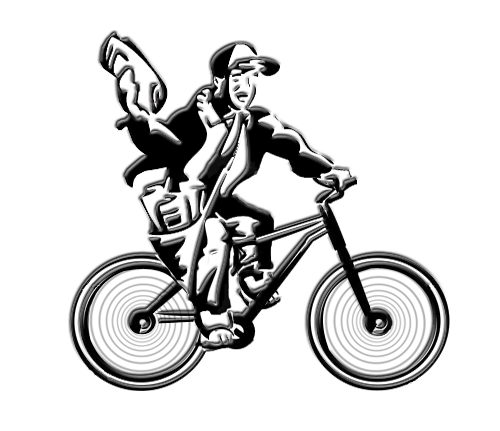 BY DAVE ALLEN So, this is going to be the last Paperboy, at least the last one with my byline on it. This one will do what all the others do—warn you off the ink-wasters and steer you towards the gooey center, as always—while taking a look back at what some of what I’ve observed in nearly three years (yikes) of perusing the alt-weeklies. Here goes.

CP: I first read one of A.D. Amorosi’s covers long before I started writing Paperboy—even before I moved to Philly. I believe it was his John Legend cover in advance of 4th of July weekend. His writing on music and musicians has always seemed sharp to me, if a little insider-y, but where I find he’s really shone is in non-musical material: covering cultural shifts in the Italian Market, for example, or the arrival of a huge food storage facility in Southwest Philly. This week’s cover is a little from Column A, a little from Column B: deeply rooted in Philly’s music scene, but attuned to changes in the landscape and keyed, in particular, to a single person and her career.

The name Marcy Rauer Wagman might not mean much to some local guitar-slinging hipster, but that’s just because he hasn’t done his homework. She’s an attorney, a teacher and, for going on four decades, an overall music-scene mover and shaker. You know her jingles, you just don’t know you know them.

“Marcy’s a fucking icon in this town,” says Andy Hurwitz, a fellow entertainment-business lawyer who currently shares a firm with Rauer Wagman. “She deserves a walk of fame jawn down the Avenue of the Arts. She’s had her hands in more parts of this city’s culture than anybody will ever know.”

On the first sunny day in May, the only thing this fucking icon has in her hand is a tissue. “I’m as sick as a dog,” says Rauer Wagman, simultaneously stifling a laugh and a cough. She pushes on through because she has stuff to do: finish the semester at Drexel where she’s an associate professor, check the stats on the school’s MAD Dragon music label and publishing house she founded, consult on her new Record Label in a Box project (started with Hurwitz) that guides independent artists through the confusing minutiae of the digital music biz. “I’ve always been a juggler,” she says. “No biggie.”

From the looks of the West Oak Lane native’s background — psychedelic-era teen sensation, Billboard chart-topping songwriter, producer, legal eagle — Rauer Wagman likes to get invested in everything she’s touched. That includes studying piano, flute, guitar and sax as a child and singing “professionally” at area temples and B’nai B’rith luncheons, to say nothing of one-off gigs like the Philadelphia Transvestites Beauty Pageant and Ball. As we talk, it becomes clear how she was raised. She doesn’t curse (she spells out words like “s–t”), and for a woman in the rock biz, she doesn’t kiss-and-tell rude tales.

It runs deep, but takes a long time getting around to how Rauer Wagman is “helping a new generation learn the ropes.” Rather than rehashing her entire career before detailing her importance to today’s scene, it might have worked better to interweave the two somehow. That’s on whoever edited the piece, of course, but without that, or another kind of narrative twist, we’re just on a nostalgia trip without knowing why we’ve left.

PW: Ah, wacky religious horseshit: a deep well of compelling, if insane, stories that seemingly never runs dry. With Judgment Day nearly upon us, Michael Alan Goldberg brings us members of the local populace who believe—no, no, who know—they’re bound for glory on Saturday.

Chris McCann glances up at the sky, the brim of his “Judgment Day” baseball cap shielding his eyes from the morning sun. “It’s going to be a beautiful day,” says the Darby resident, a 49-year-old married father of four and leader of the locally based online ministry eBible Fellowship. But he isn’t talking about today. He’s speaking of Judgment Day. According to McCann, the others gathered here and countless more doomsday believers worldwide, this coming Saturday is when trumpets will blare and Jesus will return to scoop up his “elect” and lift them to heaven. “If you hit the lottery, if you win 100 million dollars, that’s the ultimate good day, right?” asks McCann. “This will be a billion times better than that for the believer.”

McCann says he’s convinced that on Saturday, a cataclysmic earthquake will strike New Zealand at about 6 p.m. local time—marking “the shutting of the door to heaven,” he warns—and begin a slow, destructive roll through the world’s time zones, hitting Philadelphia at 6 p.m. our time. “You’ll be able to see it coming, but there won’t be anything you can do about it,” McCann says.

According to the May 21’ers, caskets will be unearthed and the remains of believers will ascend to the clouds along with the living “saved.” Meanwhile, the unsaved who somehow manage to survive the event will be left to suffer in the rubble until Oct. 21, 2011. That’s when the world will actually end, they explain.

“There’s going to be death everywhere,” says South Philly native Barbara Pisano, 55, who strolls over in her “Earthquake: So Mighty So Great” shirt. “There’s going to be no electric, no gas, no water, no stores. It’ll take you five days just to get around the block because of all the debris. I’m scared to think what people will do to each other.”

“It will be like the earth is giving birth,” says 52-year-old Kevin Brown, a soft-spoken South Jersey resident with piercing blue eyes. “There will be great pain for those who stay, and great joy for the saved.”

Goldberg plays it straight and lets us see the Rapture-ites as they are, largely without commentary, but I know I would love to have seen Steven Wells tackle this one. I respect the late PW firebrand, though I didn’t always like his writing—sometimes I really hated it, actually—but I feel like, on this topic and other similar ones, it’s okay to take a Wells-ian angle: call out bullshit and make a scene while doing it, but without sinking to its level. It’s nothing something you’d want to do week-in, week-out, but it’s part of what makes an alt-weekly a real alternative: different kinds of stories and different ways of approach. One of those ways can be swords drawn. That said, I’ve been really excited to follow Michael Alan Goldberg’s transition from music scribe to, alongside Tara Murtha, a very fine chronicler of the city and our times.
INSIDE THE BOOK

CP: I’ve dug Adam Erace’s writing on the pages of both weeklies. Long may he rant, rave, and review. Additionally, columns may come and go, but to me, The Bell Curve has provided the most consistent laughs as well as some great little tidbits. A Million Stories has been a great addition, too, and it seems like the logical place for other stories too complex to sum up/make fun of in Bell Curve, but I see fewer names week after week. (Mainly Isaiah Thompson and Holly Otterbein, not that I’m complaining—they do good work.) I don’t know if there’s still a budget for freelancers to contribute here, but somehow, there ought to be.

PW: Hold on a sec. The article on deteriorating churches is the real cover story—three pages, compared to just one for the Rapture folk. They’ve pulled this trick with other eye-catching “covers” before, and while I can’t exactly blame them for the tabloid-esque tactic, it does a disservice to a more substantial articles that makes some very good points and digs deep into the heart of the city, rather than its fringes. Sadly, the church piece also introduces us to author Buzz “Bissenger.” This is indicative of a lot of what I’ve seen, and not just in PW: not enough eyes on every page, and not enough care taken with every fact. C’mon, editors, interns, or whoever’s doing fact-checking: dude only won a Pulitzer at the Inquirer and writes a column for the Daily News. Also, Brian Freedman tries, God bless him, but he just doesn’t have the verve or the descriptive skills that AE brought to PW’s restaurant coverage. Not that he has to go to LaBan-like levels of floridness, but please, try to make it snappy.

WINNER: By my count, this is the 132nd one of these I’ve written. I’m certain CP has won more weeks than PW, and it’s not because I just like them more—after all, PW’s the one that has carried my byline on one occasion and made a veiled reference to my work in the restaurant industry. This week, though, I have to give the nod to Phawker’s head honcho, the guy I call JV, for ceding this spot to me, encouraging me to keep the column “kicking like a mule” (his words), and giving me both free rein and occasional feedback. After shooting down so many of his covers for both papers, it’s the least I could do.