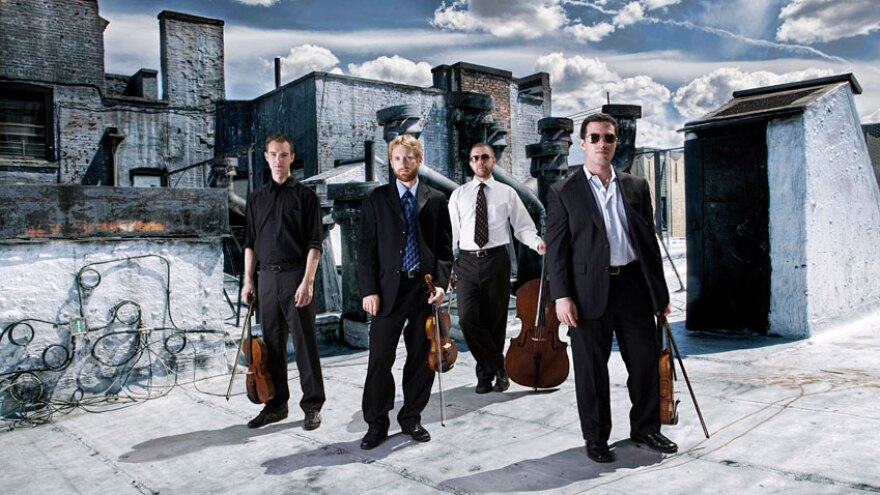 BY DAVE ALLEN Forget what you know about madness in music. Forget Syd Barrett and the recent struggle of Courtney Love; forget Robert Schumann and other composers who contracted syphilis and experienced hallucinations. Thanks to an unlikely collaboration between composer Gregory Spears and Dr. Morris Schimmel, director of the Buttonwood Hospital, a short-term psychiatric health facility in Mount Holly, New Jersey, there’s a new way of understanding music’s connection to the unsettled human mind. “For six weeks earlier this year, Spears was an artist-in-residence at Buttonwood, which involved performing both for the patients and alongside them (the Beatles and the music of Claude Debussy figured prominently) and writing his own music to perform for them.” In preparation for writing a piece that receives its world premiere tomorrow night at Crane Arts, Spears observed the staff treating patients and helping to reintroduce order into their minds and lives, and he began to draw a connection between the doctors’ work with patients and his own work as a composer. He returned to square one, in a sense, realizing again the fundamentals of music. “It’s an evocative, non-verbal way to understand and participate in the world,” he says.

Rather than dramatizing the noise or unease of a mental hospital — Dr. Schimmel says “there’s a lot of cacophony on an acute psychiatric ward” — Spears sought to reflect what he called “the quiet intensity of being there, the muted drama of being around people with internal struggles.” The piece Spears wrote to reflect on his experiences, titled “Buttonwood,” will be premiered tomorrow night by the JACK Quartet, a top-flight ensemble best known for scorching interpretations of some of the 20th and 21st centuries’ gnarliest, most complex music. Spears’ piece doesn’t make those kinds of demands, though; he took a song he wrote for the patients to perform and “made it many times slower and tried to make the sounds like they don’t have a beginning or an end.” It’s more than a simple ditty, of course, and the JACK’s players, several of them of Spears’ friends from their days at Rochester’s Eastman School of Music, figure to give it an outstanding premiere. (They’ll get to show their gritty, Modernist side on the rest of the program in rep by Philadelphia native Julia Wolfe and German avant-garde legend Helmut Lachenmann.) In appreciation for the work of the mental health community, Spears has crafted “a space for reflecting on what they do and what patients do.” He describes the piece as “very spacious, soft and delicate,” so while you’re rethinking what you know about mental illness, you might just change your perceptions of modern music as well.

The JACK Quartet plays at the Crane Arts Building’s Ice Box. Saturday at 8 pm, $15 at the door, $10 for students, seniors, and Crane Arts tenants.