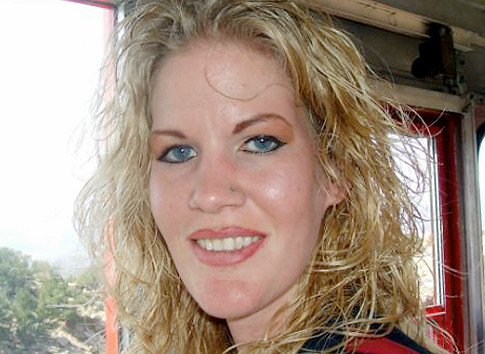 DENVER POST: A Leadville woman is in custody in Ireland, arrested as part of an investigation into a conspiracy to kill a Swedish cartoonist who made fun of the Prophet Mohammed, according to her family and Leadville police. Jamie Paulin-Ramirez, 31, was arrested Tuesday in Waterford, Ireland, the second American woman to be grabbed in an apparent plot to kill the Swede, who incited the Muslim community with anger after his parody cartoons. Paulin-Ramirez was traveling with her son, Christian, 6, who has not been heard from since his mother’s arrest on Tuesday. Paulin-Ramirez’s mother, Christine Holcomb, said Friday night that she had spoken with her daughter and her grandson Monday but hasn’t been able to reach them since. “I’m angry with her,” Holcomb told The Wall Street Journal, which first reported the story online. “I’d just like to choke her, but I’m worried about her too.” Holcomb’s husband of 14 years, George Mott, was more direct Friday night. Mott said that last year, Paulin-Ramirez began spending considerable time on the Internet in Muslim chat rooms, befriending JihadJane and other Muslim extremists — including Najibullah Zazi, the Aurora airport-shuttle driver who recently admitted his plot to bomb the New York City subway system. She also began wearing fundamentalist Muslim clothing, including a hijab, or head cloth covering everything except her eyes. MORE

PREVIOUSLY: JIHAD JANE: Like A Bad Episode Of ‘Cops’