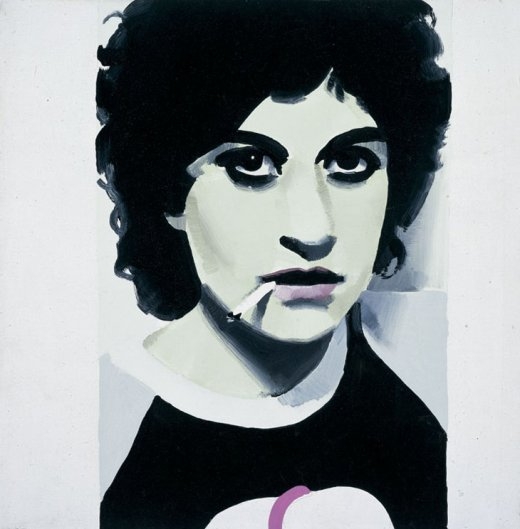 BY JONATHAN VALANIA FOR THE INQUIRER If Peaches never existed, she would have surely invented herself. In fact, that’s exactly how Merrill Beth Nisker, a 41-year-old former drama teacher from Ontario, transformed into Peaches, electroclash’s preeminent erotic provocateur/party animal. For the last 10 years, she’s been transgressing the boundaries of good taste and common decency with album titles like Impeach My Bush and trashy retrofitted 80s dance music that advocates fornication as the palliative cure for the pain and boredom of modern existence. In the process, she has built a swelling cult of gender freaks, hipster geeks and hypersexual misfits, all of which were generously represented in the audience Friday night when Peaches kicked off her tour with a rowdy and randy performance in support of the new I Feel Cream.

Decked out in a ridiculous puffy-sleeved harlequin outfit and a blonde wig that positively screamed ‘girls’ field hockey coach,’ and backed up by the band Sweet Machine, a three-piece featuring a Suzi Quatro lookalike on guitar, Peaches gave her people what they wanted: 90 minutes of shock, schlock and strut. “How’s all you Peaches virgins doing?” she asked the half-capacity crowd a few songs into her set, “I can’t wait to pop your cherry.” Then locking eyes with someone in the front row, she said “I promise I’ll be gentle with you” and then, presumably addressing someone sturdier, “with you, I’m not so sure.” MORE