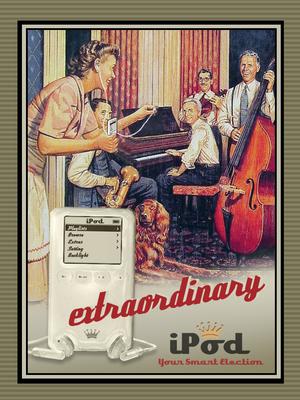 RELATED: Barack Obama met the Queen at Buckingham Palace today and gave her a gift of an iPod loaded with video footage and photographs of her 2007 United States visit to Richmond, Jamestown and Williamsburg in Virginia. In return, the Queen gave the President a silver framed signed photograph of herself and the Duke of Edinburgh – apparently a standard present for visiting dignitaries. It is believed the Queen already has an iPod, a 6GB silver Mini version she is said to have bought in 2005 at the suggestion of Prince Andrew. Earlier, Mr Obama had spoken of his admiration for Her Majesty but indicated that his wife was handling the details of their royal meeting. “There’s one last thing that I should mention that I love about Great Britain, and that is the Queen,” he said at the end of his joint press conference with Gordon Brown. MORE