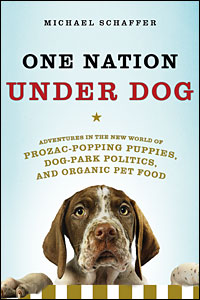 “Pet fashion shows, Chihuahua social networking, veterinary antidepressants [and] ambulance-chasing animal lawyers” are just the tip of what Philadelphia-based journalist Michael Schaffer says is a kind of pet-obsession iceberg in the lives of the American middle class. In his new book One Nation Under Dog, Schaffer takes a close look at the $43 billion industry that’s grown to help enable that obsession, explaining how that booming market reflects our evolving ideas of consumerism, family, politics and domesticity. But One Nation Under Dog is no dry industry analysis: It’s a book, as Schaffer explains on his Web site, that’s meant “to say as much about how contemporary humans live as it does about the modern lives of dogs and cats.” Schaffer has worked as a writer and an editor at the Washington City Paper, U.S. News and World Report and The Philadelphia Inquirer. ALSO, with its muddy-boots sound and evocations of both the MC5 and Thin Lizzy, Death‘s “Keep on Knocking” sounds like it was cut 34 years ago. In fact, it was. Just when it seems as if every long-forgotten band from rock’s past has been resurrected by blogs and online traders, here’s among the most obscure: a black power-trio from Detroit who recorded portions of an album in 1975, only to see it shelved over its label’s reservations with the group’s admittedly nihilistic name.

Hour One
Twitter is quickly becoming one of the most useful tools online for staying informed. Politicians, journalists, even 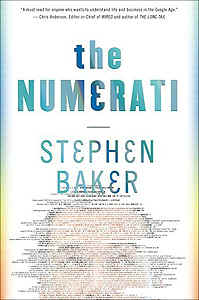 rock stars are using this newest form of social media to share with readers their comings and goings and their thoughts issues and events. What is twitter and why are people twittering? Guest host ALAN TU talks with LEE LeFEVER, lawyer ANNE REED and journalism professor JAY ROSEN. Listen to the mp3

Hour Two
Many of us who surf the internet enter into a kind of personal contract that our tastes are tracked because we see more custom ads of things we want to buy, people we want to date, and places we want to go. But how much of our lives are being put into patterns? And who uses that information? Journalist STEPHEN BAKER looks at the trends and logic behind them that mathematicians are using to predict our future behavior in his recent book, “The Numerati.” Baker has been writing for BusinessWeek for over twenty years. Listen to the mp3

377: Scenes From a Recession

The economy works in mysterious ways. This week, we highlight the unusual circumstances our economic drought has left us in, and the newly hatched plans being made to survive it: including a partially-renovated condo building in Chicago, whose developers have abandoned it—though they didn’t bother to tell the 19 unit owners who still live there, paying their mortgages. And a story which tracks the FDIC during its most covert operation: taking over an unsuspecting bank. Host Ira Glass notes the sub-industry in journalism right now of reporting anything that looks like a sign of the recession. He then goes on to list a handful of his own favorites, including a dentist who’s seen an increase in broken teeth from grinding, and a decrease in shark attacks. Ira goes to the Rogers Park area of Chicago to talk to some condo owners who are in a precarious situation—since the housing market crash, the developer who renovated and sold them their units has all but disappeared. He’s in foreclosure on half of their building’s units, and in the meantime, they have no one to pay for the upkeep and maintenance of the building they all bought into. In the story Ira speaks to Brian C. White, the Lakeside CDC executivedirector, which is a not-for-profit lobbying for affordable housing in the northernmost neighborhoods in Chicago. He also speaks with condo owner/mortgage banker Jon Miller, who has a website at chicagomortgagefinance.com. NPR reporter and Planet Money contributor Chana Jaffe-Walt reports this story of what it really looks like when a bank fails and is taken over by the FDIC. She talks to the former employees and a handful of FDIC staff about the Friday night when the Bank of Clark County was interrupted and closed by 80 FDIC employees, who had every step of their secret operation down to a science. We hear 5 employees of different Circuit City store locations read their accounts of what it was like when the largest electronics chain in the US had less than 2 months to liquidate its entire inventory and close its doors.

Wielding many instruments and a remarkable whistling ability, Andrew Bird has developed an offbeat marriage of classical and pop music over the course of his decade-long career. The musical polymath has never been one to limit his sound, incorporating traditional folk, swing, zydeco, rock, electronica and indie-pop into his work. Describing his new album, Noble Beast, as a less electric effort, Bird still finds value in carefully chosen words: His sophisticated lyrics read like brilliant poetry written by a romantic biologist, mathematician or historian. Here, in a session with David Dye, Bird explains how moving from the city to a farm has had a positive effect on his creative process. He also clarifies his particular use of vocabulary, including the scientifically specialized terms that frequent his lyrics.