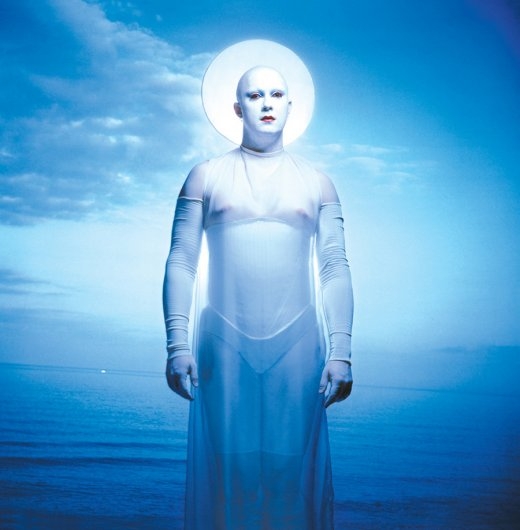 In their first area appearance since 2005, ANTONY & THE JOHNSONS will perform their internationally-acclaimed blend of highly dramatic, emotional and lyrical chamber cabaret at Glenside’s Keswick Theatre on Mon. Feb. 2 @ 8 PM .ANTONY & THE JOHNSONS will be touring in support of their highly-anticipated January 2009 release, The Crying Light. Their last full-length album, 2005’s I am a Bird Now, won the UK’s prestigious Mercury Prize for the best album of 2005 over rival nominees the Kaiser Chiefs, and was greeted with positive reviews. At the helms of this ensemble is vocalist ANTONY HEGARTY. The pioneering soul singer has been compared to everyone from Nina Simone to Lotte Lenya. Having first presented his songs in after-hours cabarets at the Pyramid Club in New York City, ANTONY assembled THE JOHNSONS, an ensemble featuring a string trio, piano, bass and drums, and produced his first concerts at The Kitchen and Knitting Factory in New York City. Since then, the group has found themselves successfully bridging the gap between avant-classical music and the blues resulting in sold out performances & standing ovations from Carnegie Hall to Los Angeles Disney Hall.

ANTONY & THE JOHNSONS’ recent two-night stand at the Barbican Center with the London Symphony Orchestra received rave reviews. The Times (UK) gave the performances four stars calling it “a beautifully wrought show. From Brian Wilson on, pop musicians have periodically aspired to the emotional clout and textural subtlety of art music and lieder; (Antony) Hegarty has got closer than most.” Since their emergence onto the international stage in 2005, ANTONY has collaborated with Bjork for her latest album Volta, appeared in the Leonard Cohen documentary I’m Your Man, featured as vocalist with Hercules and Love Affair, recorded for the Todd Haynes bio epic of Bob Dylan I’m Not There, and collaborated with Charles Atlas on a European tour of their stage spectacle Turning. Other film appearances include a performance as a prison inmate in Steve Buscemi’s Animal Factory and an appearance in the Sebastian Lifshitz movie Wild Side performing the song “I Fell in Love with a Dead Boy.” Tickets are $29.50 & $25.00, with discount group rates available for 20+ tickets, and can be ordered online @ www.keswicktheatre.com, via 24-Hr. Phone-Charge (215-572-7650), in person at the Keswick box office Mondays through Saturdays from 10 AM to 5 PM, and all Ticketmaster outlets. The Keswick Theatre is located at 291 Keswick Ave., Glenside, PA, just west of Philadelphia.