Although the Bush administration has stated that the interrogations techniques used at Guantanamo Bay came from the bottom up,

British lawyer Philippe Sands disagrees. In his 2008 book, Torture Team, Sands argues that the harsh interrogation policy that emerged after Sept. 11 came from high-ranking government officials and top military figures. Sands warned in a June 2008 Fresh Air interview that the impact of the Bush administration’s conduct would be felt internationally: “The terrible tragedy of these memos and that dark period is that they have migrated into the hands of people who now say, ‘Well, Americans do it. We’re going to do it also.'” But Sands believes that President-elect Barack Obama can begin to restore the U.S.’s global reputation. In a Dec. 4 article in The Guardian, he recommended that the next administration conduct a comprehensive, independent investigation of alleged abuses committed against detainees since Sept. 11, 2001. Sands is a professor of law at University College London, where he directs the Centre for International Courts and Tribunals. 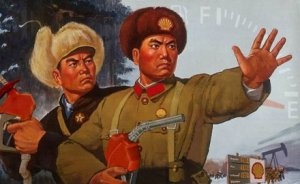 Journalist James Fallows explores China’s recent rise to power and what it means for the US in his new book of essays, Postcards Tomorrow Square. A National Correspondent for The Atlantic Monthly, Fallows has been reporting on the economic and political transformation taking place in China since 2006.

Hour 1
There are roughly a billion motor vehicles in the world. Within twenty years, the number will likely double to two billion. We’ll talk with DANIEL SPERLING, who in his new book, “Two Billion Cars: Driving Towards Sustainability,” describes a history of America’s love affair with cars and an overview of the global oil and auto industries. Sperling is Professor of Engineering and Environmental Science & Policy at the University of

California, Davis. We also check in with SIMON HAUGER, director of the West Philly Hybrid X Team. The West Philadelphia High School based-team is a competitor in the 10 million dollar Progressive Automotive X Prize to create a production capable vehicle that can run on 100 miles per gallon. Listen to the mp3

Hour 2
Last week, publishers of a long-awaited Holocaust memoir “The Angel at the Fence” announced that the author had fabricated parts of the story. We talk about how the lies where uncovered, what motivated the author and why this particular case of fraud seems particularly egregious. Our guests are KENNETH WALTZER, professor of Jewish Studies at Michigan State University, and MARC AGRONIN, a geriatric psychiatrist whose patients include Holocaust survivors. Listen to the mp3

Numbers lie. Numbers cover over complicated feelings and ambiguous situations. In this week’s show, stories of people trying to use numbers to describe things that should not be quantified. Prologue. When she began working as a temp secretary in San Francisco, learning the computers, wasting time, Andrea put together a graph with Microsoft Excel. Its title: My Love Life: A Ten Year Span. It made her feel good. Seeing it all in hard numbers was so much less painful than remembering the actual people she’d been involved with. Numbers are easier to take. Act One. Corporate Culture. D. Travers Scott and his boyfriend spent six months gathering data on their own relationship, and put together a report on it in the form of a corporate annual report. Their goal: to describe the most emotional parts of life using the least emotional possible format. They say it doesn’t work. Real life’s too chaotic. (6 minutes) Act Two. Paint by Numbers. Alex Melamid and Vitaly Komar hired a polling firm to investigate what people want to see in paintings. Then, using the data, they painted what people want. It turned out to be a landscape, with a mountain and a lake, and deer, and a family, and George Washington. Then they applied these techniques to music, with composer David Soldier. They surveyed audiences about what kind of instruments and topics they liked most in their songs. Then they produced one song based on what people most want to hear—and one song based on what they hate the most. The one people hate includes bagpipes, children singing, lyrics about holidays and religion, wild volume and tempo changes. If you’d like a copy of the songs featured in this segment, visit Melamid and Komar’s website. You can buy both the Most Wanted and Most Unwanted Songs directly from them. (11 minutes) Act Three. When Days are Numbered. Jerry Davidson has been keeping a list of everything he’s done since 1955, when he was ten years old. What makes it on the lists is very odd, and what isn’t included is most of his feelings. His nephew Adam investigates, hoping to understand him better through these lists. He doesn’t get very far. (11 minutes) Act Four. The Salesman. Will Powers—his real name—decided to try to use all the tools of modern brand marketing to sell himself to his own wife. It turned out to help their marriage. (8 minutes) Act Five. Break It Down. A man tries to calculate what love costs. From Lydia Davis’s book Break It Down, read by actor Matt Malloy.

Shugo Tokumaru is a singer-songwriter and multi-instrumentalist from Tokyo. With diverse tastes ranging from Brian Wilson to Sun Ra, he crafts

arrangements that can come off like the work of Sufjan Stevens, complete with pop flourishes and wild freakouts. His third album, Exit, saw a U.S. release this past fall. It doesn’t shy away from fusing traditional and modern sounds, while remaining rooted in pop music. In a session with host David Dye, Tokumaru performs his unique pop experiments.