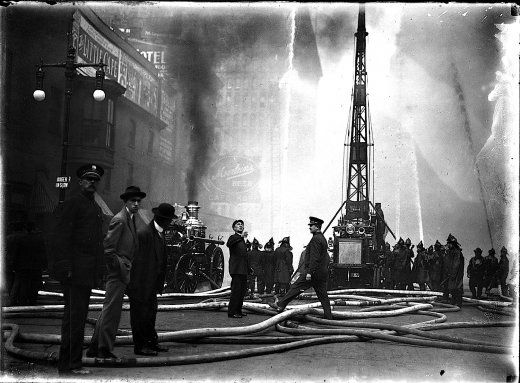 DAILY NEWS: Seven Fire Department companies were closed and 130 firefighters reassigned to other parts of the city yesterday as part of Mayor Nutter’s budget cuts. Nutter announced plans in November to eliminate five engine and two ladder companies to deal with a more than $1 billion hole in the budget over the next five years. MORE

FIREFIGHTER HOURLY: Having visited fire departments all around the country, having ridden with very busy companies, I can say with a straight face that Philly faces some of the toughest conditions this side of Detroit. The

brothers and sisters do more with less so often it’s become second nature. Yet, every day, they willingly plunge back into urban decay caused by discarded political ideas of the past century. Seven units are now closed in what is the worst decision since Mayor White closed fire stations in the 80’s in the midst of the arson spree in Boston. MORE

RELATED: The ramifications of having to keep 11 branch libraries open – contrary to Mayor Nutter’s plans – are significant and many, according to Free Library President and Director Siobhan Reardon. For one thing, the city last weekend shoveled out overtime – costing the city yet more money that it doesn’t have. For another, staffing shortages make it uncertain whether 20 libraries will be able to open this week. For more, read on from an email Reardon sent to staff this morning…MORE

EXAMINER: In 1890, Dr. Pepper founded the Free Library of Philadelphia with 200,000 of inheritance money. The first branch was located within City Hall of all places. Move over Mayor Nutter! By 1906 it was decided that Logan Square would be its new and permanent location. Actually due to World War One, it took over twenty years for construction to be completed and on the very hot day of June 2nd, 1927 the doors of Philadelphia’s Free Library were opened to the aspiring learned! As branches began to expand throughout the city most were funded by Andrew Carnegie. Obviously, today the Free Library needs a modern day sugar daddy or 11 branches will meet the hangman. Mayor Nutter has said that closing the 11 library branches would save the city 8 million dollars. MORE