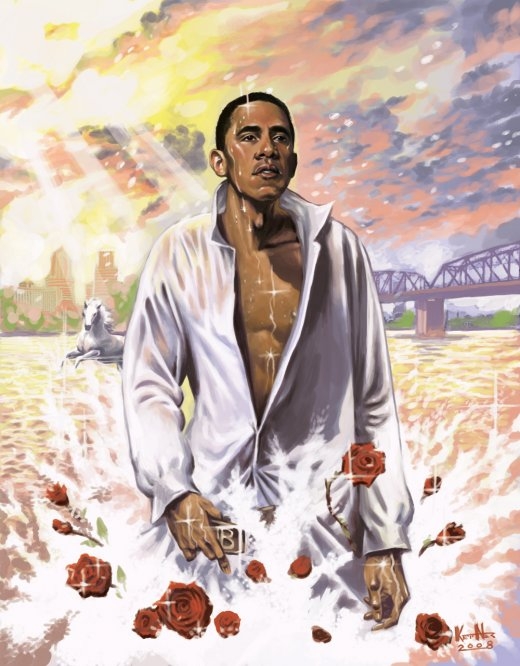 BY AARON STELLA GAYDAR EDITOR Frankly, I’d be lying if I said 2008 was a good years for gays. First, there’s the case of Senator Larry Craig: Mr. Whoopsie footsie nudging tootsies with the undercover cop in the airport restroom. Uh, whoopsie! Exactly. The Idaho senator just couldn’t keep his homosexual tendencies to himself, could he? According to the police report, Craig was caught propositioning a man in the stall next to him in the Minneapolis -St. Paul airport restroom by way of foot nudging. To Craig’s misfortune, the man he propositioned turned out to be an undercover cop. Whoopsie! The act not only got Craig arrested, but sparked speculations about his sexuality. That’ll do it! Of course, Craig claimed the whole thing was a misunderstanding, that his misguided game of footsie transpired because of the wide, manly stance he takes when he mounts the john, which, in this case, happened to invade the space of the neighboring stall. Sniff sniff sniff, does anybody smell that? Smells like bullshit, doesn’t it? That’s because it IS bullshit! What we have here folks is a prime example of a man who’s desperation for sexual satisfaction has brought him to attempt a sleazy airport restroom hookup. (No offense to anyone else who’s tried. You’re in like company I assure you). By the way, it wasn’t until later when six gentlemen testified that they had sexual relationships with Craig that suspicions about his orientation were confirmed. Whoopsie! Alright, let’s move on to the presidential election.

Ah yes, the presidential election: undoubtedly one of the greatest moments in America’s history. I have to admit, tears

still well up in my eyes every time I remember Obama giving his victory speech. Yes, that day filled us with a hope we desperately needed—which makes this next fact all the harder to acknowledge. Despite the joyous stamp roused around the first black president ever to be elected, not to mention the end of the Bush dynasty, homosexuals around the nation took a blow (no pun intended). In several states, many of the same democrats who voted for Obama also voted in favor of bans on gay marriage. (The Republican vote goes without saying). The most infamous of these statewide bans, however, was Proposition 8 in California. In addition, the citizenry of Arkansas voted in favor of passing a ban which prohibits gay couples from adopting children. Yeah, because, you know, all gay couples are psychopathic child molesters. The whole thing’s just asinine! You know, it’s not so much that heterosexuals want to protect the institution of marriage — protect from what? where is the threat? — it’s about keeping the gay man (and woman) down. Would it really would kill heterosexuals if homosexuals were capable of attaining the same legal bonds? God forbid we all actually recognize each other as equals.

And how about Obama’s choice of speaker for his inauguration. I’ve yet to hear a good reason for Obama not telling Pastor Rick Warren son-of-a-bitch to go back where he came from. The man plainly said he believes homosexuality is a choice, and, if you’re gay, you cannot become a member of his church. What the hell, Obama!?! I know you’re trying to be all bipartisan and what not, but of all the people you could’ve had speak, why this jerk? And why haven’t you replaced him yet with a less—oh what’s the word I’m looking for?—ah yes, less stupid candidate? Why, Obama? Tell me why! Seriously, if you would have chosen someone who’s in favor of gay rights, the fuss from the other side would have been minimal, if even present at all. Well, we’re all waiting to see what you’re going to do with this one. Trust me, we’re waiting.

When all’s said and done, this year was step backwards for that truth the forefathers held to be self-evident: All men are created equal. I mean, outing Craig did help to disarm the Republican Party by adding him the list of homo-hating hypocrites, but we have to ask ourselves: does the mere number of Republican homo-hating hypocrites caught red-handed in de facto outing scenarios itself encourage people to advocate for equal rights for gays on issues like marriage and adoption? Honestly, folks, it doesn’t. While it may rack us a few points in the, “Who’s the hypocrite now?” game, in reality, all we do by spotlighting the abundance of hypocrites the Republican Party has to offer is merely illuminate the abundance of hypocrites the Republican Party has to offer. No. Unfortunately, it’s just as easy for these public officials to deny their sexual natures as it is for them to commit the acts that exposed them in the first place. Hate for homosexuals will always be present, no matter how many anti-gay advocates turn out to be “family.” It will take something much more genuine on our part to enlighten the sexually narrow-minded of this country. I’m talking about leading by example, folks; showing that, deep down inside, we’re all made of the same stuff. I know that’s not a quick solution to dissolving the hate, not to mention nothing new, but it’s the most effective measure we can take in the long run. Simply, we must live life the best that we can. With our combined efforts, sooner or later people will come to realize the frivolity of depriving homosexuals equal rights, which in turn, will precipitate the change we want. But we must continue to fight the good fight. Support your community, advocate for change however you can, and most importantly, educate yourself, for there is no greater weapon against the staves of ignorance and misplaced hate than that.

We’re all in this together, folks. Whether you’re Republican or Democrat, black or white, gay or straight, out or closeted, we all have to look out for each other. We may not be recognized as equals in the eyes of the government, but that will change with time. For now, we have to pull ourselves up by our bootstraps and keep soldiering on. Change, as our president elect has said, will not come without hard work and sacrifice. But that doesn’t mean we can’t. Yes. Yes we can. What dawns this coming year will be determined by us; our fervor, our strength and our resolve. So here she comes, folks. Let’s make it right.