MVD Entertainment Group (MVD) has created two posters for recent Devo and Ween releases. For a limited time, fans can purchase these limited-edition silkscreened posters of the cover art bundled with their respective release. The Ween posters are signed by the band. This package comes “Watch Us Work It” vinyl plus a 5-color, handmade, silkscreened poster of the cover art. The record contains four versions of the song “Watch Us Work It”: Teddy Bears Version, Original Devo Demo Version, Karaoke Version, and “Still Workin'” Version. It was recorded at Mutato Muzika in Los Angeles and produced by Sweden’s famous Teddy Bears. The DELL company heard it when Paul Malmstrom and Linus Karlsson at the Mother agency in NYC pitched it as a possibility for a TV campaign for the newly developed, high-end laptop computer. DELL loved it, so they used it for nationwide TV ad campaign. The vinyl also includes “Devo Was Right About Everything” by Attery Squash (re-mix by Robert and Gerald Casale). CLICK TO BUY 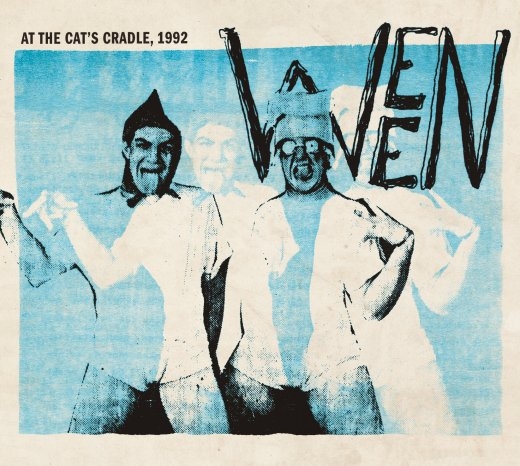 This bundle contains a CD of a full show from ’92, a bonus DVD of live footage from ’91 and ’92, plus a color 18″ x 15.5″ handmade silkscreened poster of the cover art. Rare, live Ween from the band’s vaults! This was the early days of and the band was actually the duo of Dean & Gene with some samples and tapes and a drum machine. For anyone who caught them live around this time, the shows were unreal and unforgettable. This CD/DVD captures the Ween of the early 90s in all of their glory for the rest of us. The DVD features live footage from Halloween 1991 in Holland and more live weirdness from 1992 in Columbus, OH. CLICK TO BUY